Dr. Bird, a Teaching Fellow in Anatomy, followed her Teaching Excellence award from this University with a National award for Sustained Excellence in Tertiary Teaching - both in 2018.

The session, convened by Keerthana Ananth, began as usual, with College Members introducing themselves briefly, and often in a light-hearted way. One announced that he would have to leave in 5 minutes to attend a lecture, another feigned to have forgotten what he was studying, while another claimed, tongue-in-cheek, to be studying a paper superior to Anatomy! - and ending with a boring introduction by the voluntary Library Custodian.

Dr. Bird gave a brief rundown of the events in her life that lead her to this point, first noting that she had been a bit nervous about the Breakfast, but was reassured to see many familiar faces she had already taught - with the exception of the Member studying Music! She also observed ‘some of you are naughtier than others’.

Rebecca contrasted the work of a Teaching Fellow (100% teaching) with that of a Lecturer (50% teaching and 50% research), saying how much she enjoyed teaching and so felt very fortunate, particularly to be involved with the HUBS papers and mentioning the various papers she is teaching in - including a new one to Physical Education students.

She noted that there is a large amount of ‘behind the scenes’ work, including administrative work as well as the actual teaching, giving as an example the work involved in ensuring laboratories ran smoothly in spite of some things inevitably going wrong in lab. preparations.

Dr. Bird is a big believer in the need for staff to support students, not simply present material for them to digest on their own. Alongside this is her ‘open door’ policy, whereby students can come to her room and talk about the course content, or any other issue they may have affecting their studies.

Last year the Vice- Chancellor and Deputy Vice-Chancellor had a meeting at which they said, “We want to make sure that all the students are happy and enjoying their time at University.” They put together a tea to work out ways to ensure this had the very best chance of happening, and Dr. Rebecca Bird is included in that team. (She said she felt very lucky to be on that team, but as a winner of a National Award for Sustained Excellence, it is hard to see how she could not have been asked to be on it! - Ed). One result of their deliberations has been the establishment of the “Office of Student Success”. [More information on this can be viewed by clicking here:

Rebecca has also recently taken on the role of part-time Research Fellow to inform this “Success” initiative, interviewing staff and students to find out what we do well, and what we don’t do so well. One interesting comment she made concerned the difference in the students she first taught and those now attending, a difference partly driven by changes in technology, and how important it is to know how things have changed so teaching can be adjusted accordingly.

Belonging, Transition to Post-Grad. Study and Ideas Exchange between Colleges and Academics

She outlined two of the research areas she is working on. The first is to do with the importance she places on community and experience and belonging. “I think it’s important for you guys to like being here, otherwise what’s the point of coming to University, right?” . . So, I have a couple of projects on the go - I have one that is focussed on whether students retain knowledge over the years.” Any students doing HUBS 192 next year will be asked to take part in an on-line survey for that project.

Another of Dr Bird’s projects concerns the transition period when people move from one form of education to another. While there is a lot of research on moving from high school to university, while she is interested in the move from undergraduate to post-graduate study, with the emphasis on how this can be made easier for the student where necessary or desirable.

Rebecca touched on a third project, which involved going to the Heads of Colleges and talking to them about the collegiate life-style. “It’s a really important thing, because we see you guys for a couple of hours a day, but here they see you for the rest of the time, and that’s a pretty important thing that’s pretty unique to Otago, as well.” Her aim is to see if an exchange of ideas between the College staff and academic staff can be used to create enhanced integration between them.

Asked how she arrived at this point in her life, Rebecca told us that, as a little girl growing up in Wellington, she wanted to be “either an astronaut, a ballerina or a teacher - those were my things.” Her teacher persuaded her that she was not cut out to be a ballerina, and “astronaut is kind of a long shot, because we don’t have a space programme, but teachers are great.”

At high school, her thoughts turned to architecture as a career - her father worked in the construction industry - so Rebecca took Graphics and Art. When she was 14 years old, her favourite teacher in that subject left, and the replacement rather bluntly told her she was no good, couldn’t even draw a straight line. “I cried - you know what it’s like when you are 14 and everything is like the end of the world?” Later she talked to her science teacher, - who was clearly an excellent teacher from Rebecca’s description - who said, “Why don’t you be a scientist? And I said, “OK”, and that became my plan.”

The death of her grandmother in England meant that, at the age of 17, the family very abruptly went to England. There Rebecca had to finish her high school education in a very different environment, and her original plan to come to Otago and do the Health Science First Year course was necessarily jettisoned. Rebecca then did a ‘gap’ year, working in a hospital laboratory which introduced her to the practical applications of science, reinforcing the idea of science as a career. And so she is now teaching science.

(As usual, there was much more, including several excellent questions from members, but I have reached my limit of 1,000 words. Do try to attend these breakfasts to gain the full experience). 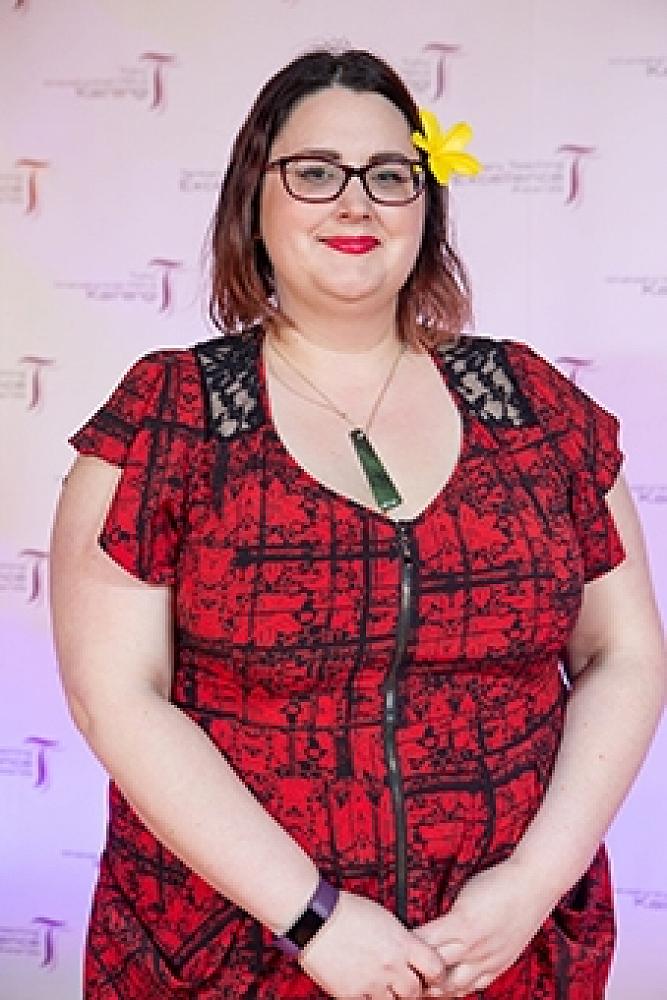