In a talk judiciously sprinkled with subtle witticisms, Assoc Prof Kjrgaard fascinated those present with an account of his life and work to date.

Assoc Prof. Kjærgaard, who hails from Denmark, started straight in to the story of the Bluetooth* logo, asking members why it looks the way it does. He explained it is formed from the old Norse letters for ‘H’, and for ‘B’ combined together, for the Danish King Harald Blåtand. ‘Blåtand’ means ‘Bluetooth’, Harald being a Danish Viking King ruling about 1,000 years ago who united the various Danish tribes.

When he designed the logo Jim Kardach happened to be reading a book called “The Long Ships” which featured King Harald, and the uniting of the tribes struck him as paralleling the uniting of electronic devices through this technology.**

“About half an hour’s drive from where I grew up, there’s this stone in Jelling . . . .with these rune carvings, and the first letter you see is this ‘H’” - because the stone was placed by Harald Blåtand in memory of his parents Gorm and Thyra, and to state that he united Denmark and Norway and made them Christians."

Niels’ main point was that Denmark has a long history reaching back thousand’s of years in contrast to that of New Zealand. After showing a map of Viking settlement which included Norway, Southern Sweden, and most of England, he went to list some English words that are derived from the Norse language - berserk, ransack and slaughter - which “might indicate what they did when they came to England!” His father has a farm where they regularly turn up meticulously crafted stone axes which could be up to 13,000 years old - whereupon Niels produced one of them from his jacket pocket, very different to New Zealand. When he initially arrived he was surprised that Larnach Castle required payment of a fee to go into the gardens, given the plethora of hundreds of years old castles in Denmark he was accustomed to going into for no charge.

Moving on to the long history of science in Denmark, after the members present could only suggest Niels Bohr as a candidate, he noted that Kepler’s laws of planetary motion are based to a significant extent on the meticulous astronomical observations of Tycho Brahe (born 1546); Ole Røhmer (born 1644) was the first one to measure the speed of light through astronomical observation (using what he called the ‘hesitation of light’)***; Hans Christian Ørsted, who established the study of electromagnetism when he observed that a current passing through a wire deflected a compass needle, and, of course Niels Bohr. Niels Bohr, a friend and colleague of the New Zealand scientist Ernest Rutherford, with whom Bohr - with others including the Australian Lawrence Bragg, made major contributions to our current understanding of atomic theory.

So this was the line of Danish physicists Prof. Kjærgaard grew up knowing about - together with Hans Christian Andersen writer of many very famous fairy tales. ‘So I guess this is something that has made an imprint on me, including the lessons you learn from these fairy tales … The emperors new clothes, The ugly duckling and all that . . . I had a very good Physics teacher when I went to school, and also at High School, which probably inspired my choice of what I do today. - I’ve always just tried to do what I found interesting, so I never really planned too much ahead.“

Niels showed a picture of Aarhus University in Denmark where he studied Physics as an undergraduate and PhD student. Aarhus University is about the size of Otago University with a compact campus, and international reputation. There was a 40 metre particle accelerator there (ASTRID, now superseded by ASTRID2). “What we were investigating at the time was how we could manipulate and log the distribution of energetic particles . . . using laser light.” This involved laser cooling. As part of this study he attended a school at the Large Hadron Collider in Switzerland (which was then known as the Large Electron-Positron Collider), 27 kilometres in circumference. “I got to see this thing, and also learn accelerator physics from being there, so that was quite interesting to be granted such possibilities. . . When standing in tunnel of the circular collider, you can hardly detect that it is curved . . it is awe-inspiring that people can get together and build something of this magnitude for the purpose of doing science.”

After completing his PhD, Niels did a post-doc at the Risø National Laboratories which was established by Niels Bohr to investigate whether Denmark should have nuclear power and had three nuclear test reactors. “It was kind of depressing to be working there at the time because it had been decided to decommission research on nuclear energy as a resource.” The unit was in the process of shutting down. In 2000, he had been to a talk by Wolfgang Ketterle, joint winner of the 2001 Nobel Prize for Physics, having successfully made Bode-Einstein concentrate. When asked by a colleague what he wanted to do with his life, he said, “These Bose-Einstein condensates, they’re really cool, they would be fun to work with.” And one day his friend put an advertisement on his desk concerning an opening in New Zealand for someone to work on Bose-Einstein condensates. His application was successful, and he spent 2 years as a post-doc.  He commented then on the transient nature of posts of this sort.

While you don’t have the pressure of completing a PhD, he really enjoyed this two years rated them as the best years of his life. The research went well, and he really liked fly-fishing and the outdoors and loved New Zealand. “Good things, they have to end at some point, so after these two years I returned to Denmark on a Fellowship at the Niels Bohr Institute for 4 or 5 years. It’s one of the most well-known Physics institutions in the world.” His office was next to that of Nobel prize-winner Aage Bohr (son of Niels Bohr) though their interactions were limited to greetings in the morning. Another Nobel prize-winner, Ben Mottelson was also around at the time, and there would be black and white photos of the giants of quantum physics Dirac, Heisenberg, Pauli, Bohr and many more sitting shoulder by shoulder in the old Auditorium A. “So, it was an interesting place to work, with a lot of history as the cradle of quantum physics, but also extremely competitive.”

He had never planned a job in Academia “It’s very hard to get a job in academia (at least in Physics) - It’s not only a matter of being good, it’s a matter of luck and circumstances. Like a bar of soap, the more you squeeze it . . . . it just escapes you. My main advice to students is try to do well and do something that really excites you, and you can find interesting careers out there, but if you try to pin your life on getting a Faculty job, it’s not necessarily going to turn out nicely.”

Several more points were touched on, including Metrology - the science of measuring, in particular with regard to standards - his teaching post at Otago complicated by having a family by then - lecturing everything from first year to fourth year - his research team and especially the privilege of working with young people - the very complex equipment built by his team that enables laser light cooling to micro-Kelvins. “Both the highest and lowest temperatures in the Universe are man-made.”

(As usual, there was more, but I have well exceeded my limit of 1,000 words. Do try to attend these breakfasts to gain the full experience).

*For the uninitiated (if there are any!) Bluetooth is a wireless technology standard for exchanging data between fixed and mobile devices over short distances using short-wavelength UHF radio waves - Ed.

**Why he was called Bluetooth is moot. Theories run through him having a liking for blueberries, through dental decay to eating frozen corpses - but the one I favour is that the word for blue in Norse also means ‘dark’, and it seems to me not improbable that Harald was referred to as the Dark King by many! - Ed

***Røhmer also invented a thermometer which Fahrenheit discussed with him, going on to develop Røhmer’s ideas further to produce the fully graduated Fahrenheit mercury thermometer. 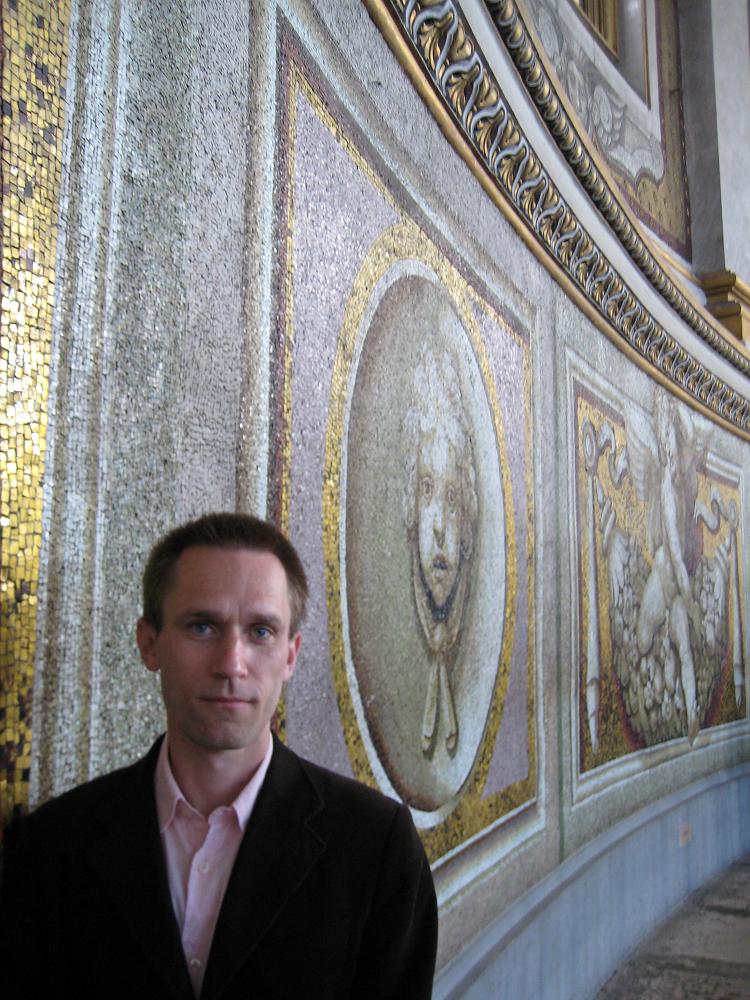 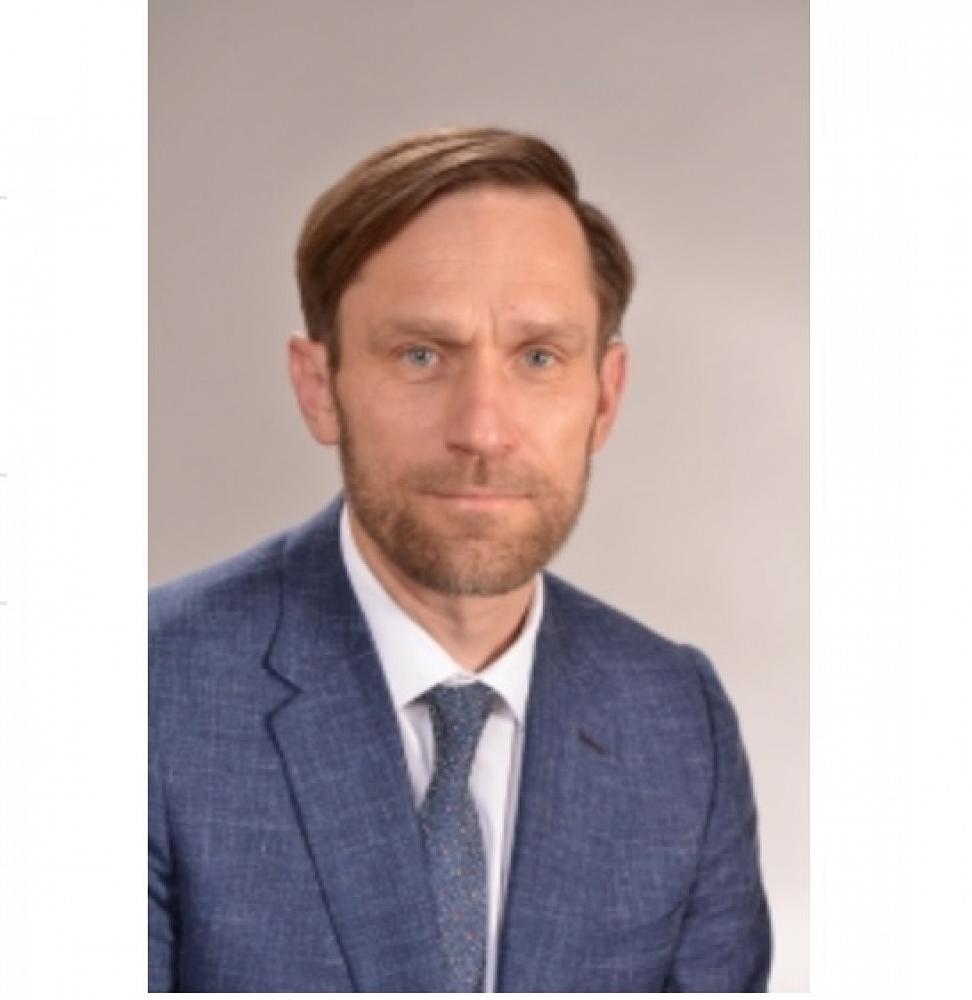 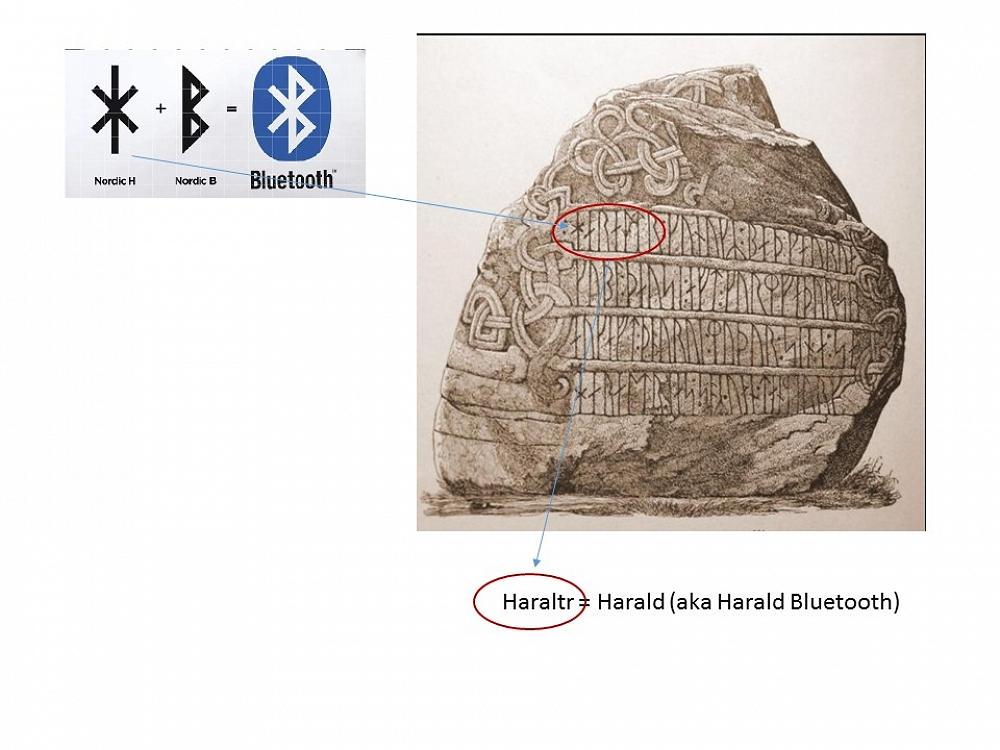 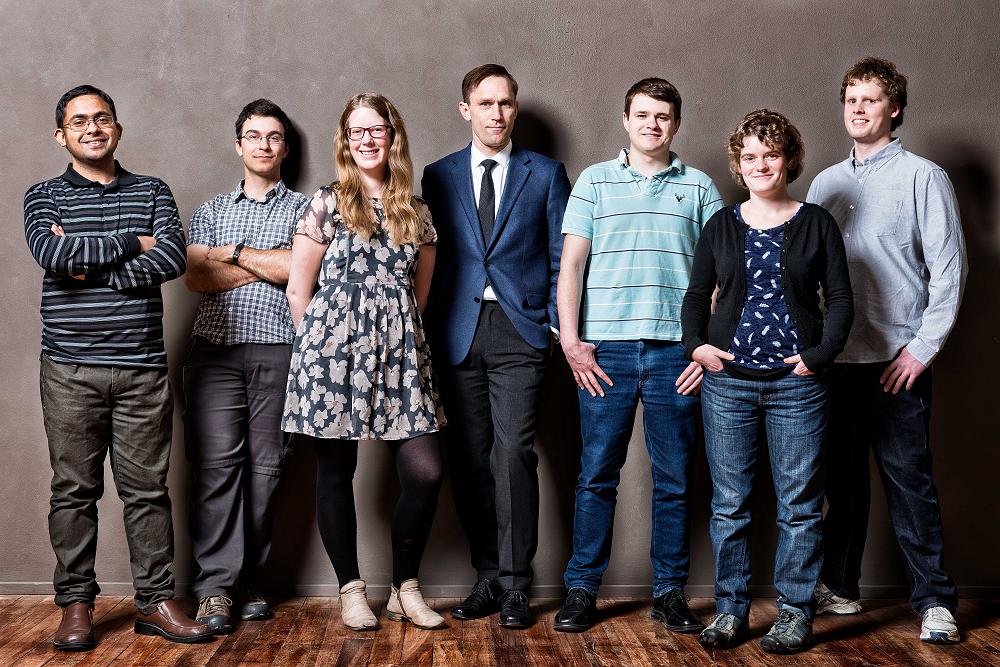 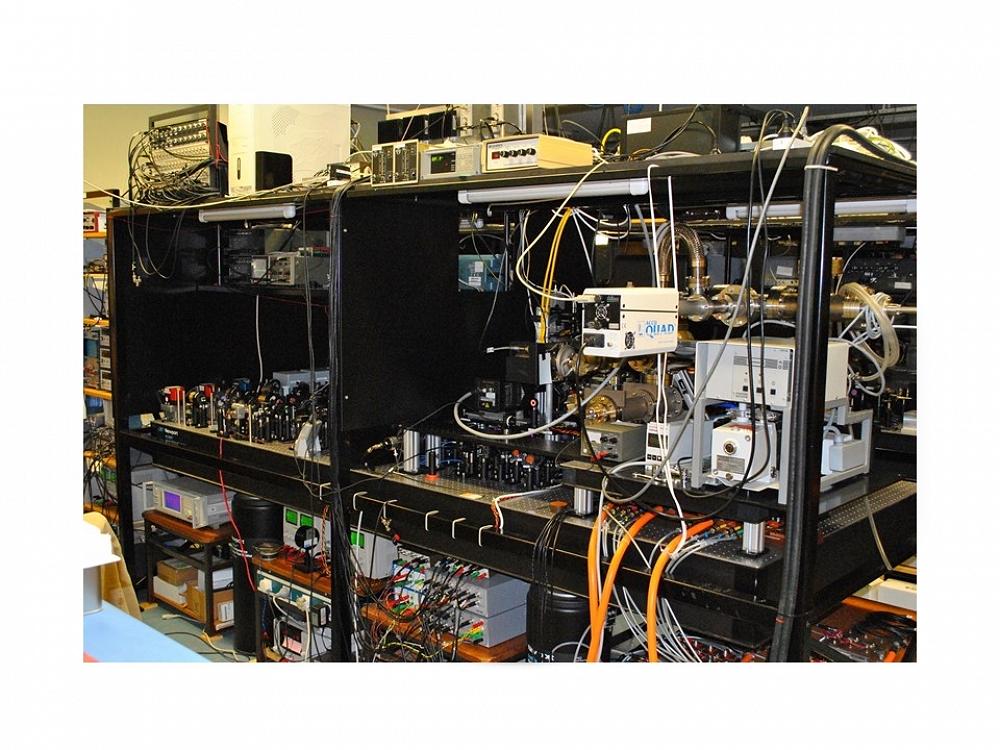