A varied career ranging from engineering through various stages to becoming CEO of Animation Research highlights the usefulness in today's world of gaining experience in many and varied fields of work.

“When I think about my career, it makes no sense to anybody except myself. When I talk about it, I describe it as a series of career dots, rather than a career path.”

Cheryl went on to explain that she had begun with a mechanical engineering degree, and ended up in an apparently totally unconnected field, CEO of a world-leading computer graphics company.

Her main message in this respect was, at the point in the career that the College members are at present to “do something you are interested in, and you will discover your passion.” - A piece of advice that has never been more true than in todays world, in the middle of the ‘Change Revolution’.

From her research for a recent panel discussion, she found reference to some German research looking at what drives innovation in companies, defining innovation in terms of the percentage of their revenue that was derived from new products. The key was diversity - first in career path (or rather dots) of employees i.e. not the traditional path of tertiary education in a topic then going into a firm using that topic material, and working your way up. Instead, what counts is having variety in career with a whole lot of different experiences meant a person brought in a great deal more to a company, unique to that person. Other factors were country of origin, variety of industry experience enabling different viewpoints to be brought to the table, and having (at least) 20% of the team being women. The main point here is that, as an undergraduate, “you do not need to know what you are going to do or what your are going to be at this time.”

Growing up on a sheep and crop farm on the Canterbury plains itself gave Cheryl a wide variety of experiences, from grubbing thistles through tractor-driving, to working in shearing sheds, etc. Parental, experience of the local High School persuaded them to send all four children to a boarding school, which Cheryl believes in retrospect was a very positive step. Attracted to subjects that tended to give ‘yes’ or ‘no’ answers, in her final year she studied calculus, statistics, physics, chemistry and accounting. Computers were only just making an impact, and Cheryl then felt they were just about typing, so no computer studies in the mix. Such courses were not very available at that time, in any event.

Opting to go to Engineering School raised a few eyebrows, but her visit to an Engineering School fired her interest hugely. There were - and are - scholarships available for women to train to work in non-traditional areas including engineering, another motivation for taking that route. Cheryl still talks with some frequency to groups of children about going into technology, believing this is where solutions to our big problems - such as climate change, racism and nationalism - are likely to be solved.

Enjoying her time at Engineering School, and rather enjoying being different “down at the pub chatting to somebody, and letting it pop out that I had an engineering degree” prompted a satisfyingly surprised reaction with the implicit message ‘Oh, you’ve got some brains, then.’

Her first job was at Manapouri power station, delighted at the fact that she was getting paid to cross “that gorgeous lake”, whereas tourists were paying hundreds of dollars for the same trip. Cheryl quickly discovered that she did not have all the answers - but also discovered that she could find out what was needed by asking questions. “I’ll never forget talking to one of the fitter-turners . . about lifting a large penstock cover*, a heavy lump of steel that needed to be lifted so we could get into the penstock.” Asking him what he would do, he made a suggestion, Cheryl did the calculations to check what was needed - and realised that she did not necessarily have to have the ideas, “it was a case of us working together. I used my skills, and he used his.”

Her introduction to project management came with a requirement to introduce a fire protection system into a power station, in particular because of the risk to the large oil-filled transformers. This involved employing consultants, checking the design proposal, budgetary consideration. The invoice was sent to Head Office - who then asked to see the contract. But no contract had been drawn up and signed to that point, just a proposal. Cheryl was then introduced to the requirement for contracts at Head Office, such things as what happens if anything goes wrong, insurance considerations, etc.

With a Project Manager now involved, Cheryl became very interested in how that person's job was to get experts together and work with them on how to do things. As an illustration, the paint needed to paint the pipes involved in the fire protection could not be transported with staff on the work boat, instead needed to come on the monthly barge service. Not enough paint, and workers would have to be paid regardless, so the organisation of amount and supply was important to stay within budget, just one of the things in the hands of the project manager.

“I wasn’t sure I was actually a very good design engineer, but I did like the idea of telling people what to do.”

A job Cheryl took with Meridian she needed to solve a problem with a system which had used 9999 to signify end of code. Once the date was 9th of September 1999 - written ‘9999’ - the system would no longer work. This required a complete rewrite of the code, which Cheryl was not equipped to do - but, as in the case of the penstock cover, she realised the solution was to employ consultants who did know what to do. So began her association with IT and IT project management.

Eventually contracting out as a Project Manager, Cheryl found that the standard fee for mechanical projects was $100/hr, while for IT projects it was $120/hr. “IT was the place that I went.” Her introduction to Animation Research came when she was managing a project involving low height hydro dams on the Waitaki river, when she brought Animation Research in to produce a visualisation of the effect it would have. The public concern was that it would not remain a significant braided river with the hydro dams. This project fell through, so she had to ring Ian Taylor, the Managing Director, asking him to close down their part of the job. In the ensuing conversation, Ian offered her a job concerning a new project they were starting with Air Traffic Control.

At that time, a model of an airport was used in the training, with model planes and vehicles, with pulleys and ropes to bring in a cut out of a cloud indicating an impending front, for example, and air traffic control trainees calling out to ‘pilots’ who moved the model aircraft to the indicated positions by hand. This has now been replaced by a full 360 degree simulator using Animation Research graphics for all the airports in New Zealand, giving a much more realistic and immersive experience. The simulator is now being used in at least six other countries as well as all over New Zealand.

Another great project Cheryl is involved in is the provision of literacy and numeracy training for prisoners, so many of whom are deficient in these areas. It was this project that drew her back into Animation Research after a seven year stint at Intergen. It appears to be a great success - exemplified by one man due to be released 16 days after getting involved in the project, who was so enthused that he asked to continue with it even though his prison stay was over.

(see: https://arl.co.nz/index.php/arl-news/arl-staff-blog for more on this topic).

In another project of interest to health science practitioners, virtual reality is being used to capture the interest of 2 to 6 year olds to help them prepare for the frightening and noisy experience of MRI machines. In the past a general anaesthetic has been needed to get them through the procedure, but with the virtual world created for them by Animation Research, the general anaesthetic is no longer needed. A major effect has been the reduction of the time on the waiting list at CDHB from 26 weeks to zero.

Regrettably I must end the report at this point, although there was more, having once again well exceeded 1,000 words. Do try to attend these breakfast sessions if you can! 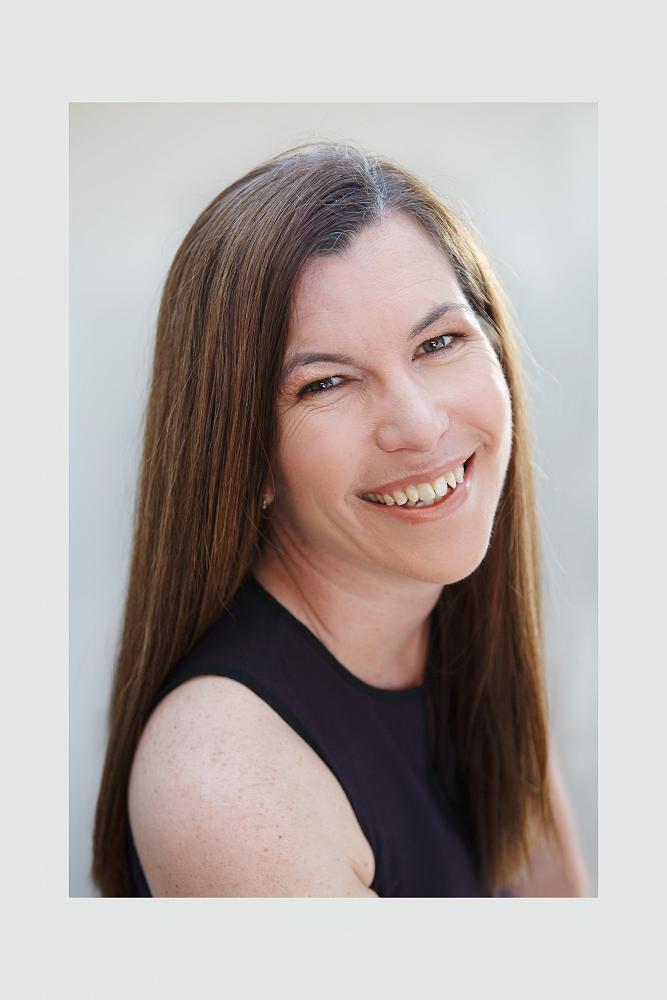 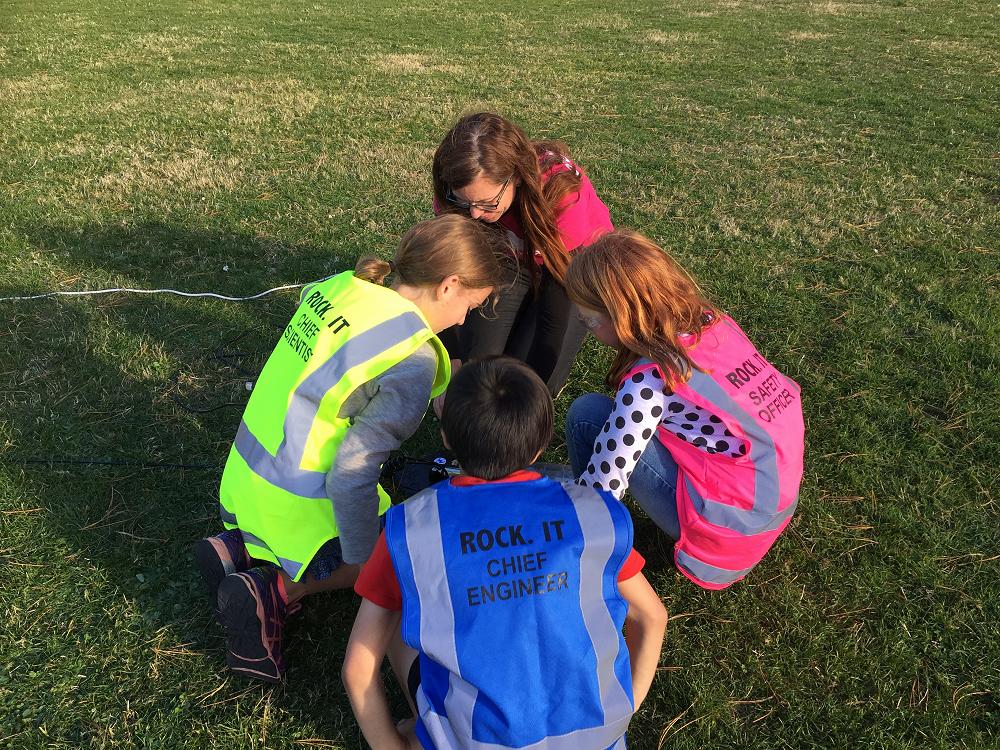