Vicki Jopson is Head of Science at Kings High School Dunedin. After describing her university days in Oregon, she gave us some very useful life pointers based mainly on her experience.

Born in a small town in Oregon, Vicki was the daughter of “very modest parents in the trades”, and was the first member of the family to go to University, which she did by way of scholarships and grants. Enthusiastic about sport and fascinated by the way the human body works, she was drawn to Physical Education and went to a small University, Western Oregon State, to study that. Becoming interested in ‘Sports Medicing’, “which is like a Physio but with the sports teams”, Vicki changed universities, going on to Oregon State. After a year there, she though, “I don’t want to spend my holidays with sports teams that I don’t really know - because family comes first.” - and switched again, this time to Portland State, where she completed her Master's degree.

Following the Bachelor of Science in Physical Education, Vicki chose to do the Master's in Physical Education by examination rather than by thesis (“I have a strong view that, as a teacher, I don’t need to write a thesis . .”. [Ed: A Masters by thesis is generally a preparation for research, commonly a forerunner to embarking on a PhD]. Vicki commented on the oral section of the exam, where she had to face an array of Heads of Department to answer questions, “Probably the scariest thing I have ever done.”

Paper Qualifications Do Not Define Who You Are
The important thing is that these academic achievements, “do not define who I am”. When she came to New Zealand it became apparent that people were impressed by the fact that she had a Master's degree. Vicki does not agree with that at all. “I don’t agree with academic hierarchy in terms of ‘I’m better than you, I’m entitled.” The mere possession of a higher degree does not make you a better person. Respect is earned from what you do, not from having letters after your name.

In the early years after qualifying, Vicki did some relief teaching “I was not very confident”, stayed at home with her parents, and then hit one of those crossroads in life where you make a choice that changes your direction. A friend of hers was getting married, and at the wedding she met the groom’s brother, a New Zealander who had come over for the wedding. This led to Vicki getting married, and migrating to New Zealand. She had pretty well given up the idea of teaching at this stage, but found she was considered overqualified when applying for other jobs - this same problem of being judged according to the letters after your name. Having a Master’s did have one advantage - in teaching, it put her on a higher pay scale!

Find Your People
Taking on various relief teaching posts, it was at Kings that “I found my people. And this is important. Not everyone is going to agree with you, not everyone is going to think you’re OK.” - And it was at Kings that Vicki felt most comfortable. She began volunteering, offering to help with things, or undertake them on her own - not for money as she would not be paid for doing them, but because they interested her - and “Next thing I knew, I had a job.” This had a distinct effect in boosting her confidence.

From 1996-99 she managed the First XV Rugby team. Then she went with her husband north to Paraparaumu so her husband could gain registration as a surveyor. “It was something I didn’t want to do, and it was one of the best things I ever did . . . Put yourself outside your comfort zone. You may find that you do not like it at all - and that’s OK - because you have now realised that you need to change paths. . . . Go with what you love.”

Returning to King’s, Vicki was made HoD Biology and started managing the First XV rugby side again, a task she has done overall for about 18 years. Managing rather than coaching she feels is her forte, and certainly enjoys it more than coaching. She claims that she inherited from her part-Cherokee father, ‘the stare’, - silently looking intensely and unblinkingly at a group of people: “I can make you feel very uncomfortable, very quickly!”

“I never aspired to be a Head of Science, I wanted to do PE. The problem is, that is equated with sport.” Physical Education is in fact is “about human movement, abut connections in the brain. The more movement and music you do, the more connections in your brain.” As Vicki had a degree in science, it was assumed she could teach the sciences, although she majored in PE. Nevertheless, she undertook that task: “Chemistry? - No problem. Give me the book. And I’m not joking, I stayed two weeks ahead of the students. The main thing for me was teaching is about management. Can I manage the class? Can I make connections? Can I be positive?” Vicki knew she was smart enough to keep up with the material.

Tasked then with teaching biology, she persuaded the biologist to teach her about some topics she was totally unfamiliar with, including genetics, homeostasis, etc. Now she teaches these subjects at scholarship level. Vicki’s point in all this was that anyone in the room at this talk is smart enough to do that kind of thing - or they would not be at university in the first place. “Don’t put barriers up [for yourself] . . find a way to understand it - if it means doing what you love.

People Management
When she took over as Head of Science, the man who left the job gave her some words of advice about managing the staff. “Encourage the heart. When you are around people, encourage them. And the other thing he said is ‘Assume good faith’. Assume people are doing things in good faith for someone, even if it is for themselves. . . Think about their story. Think about what they are doing. When you listen to them you find they’ve got sick children; they’ve got a father who passed away; they have a daughter who’s got anorexia; they’ve got a mother and father they have to move into another house because they’re getting older. They have got stories that they have to deal with every day - and then they have to go to school and deal with kids who are not getting enough food, or whose parents are breaking up.” So a climate of positivity is vital. “Don’t make judgements. Think about what their stories might be - be kind to them. Be open to what they might teach you.”

“The other thing I want to leave with you is, you are all driven by what you want to do . . . . . But be prepared to take another path if it presents itself and interests you.”

[Ed: As ever, there was more, but I have already exceeded my 1,000 word target. These Expert Breakfasts are always of interest, do try to attend if you can]. 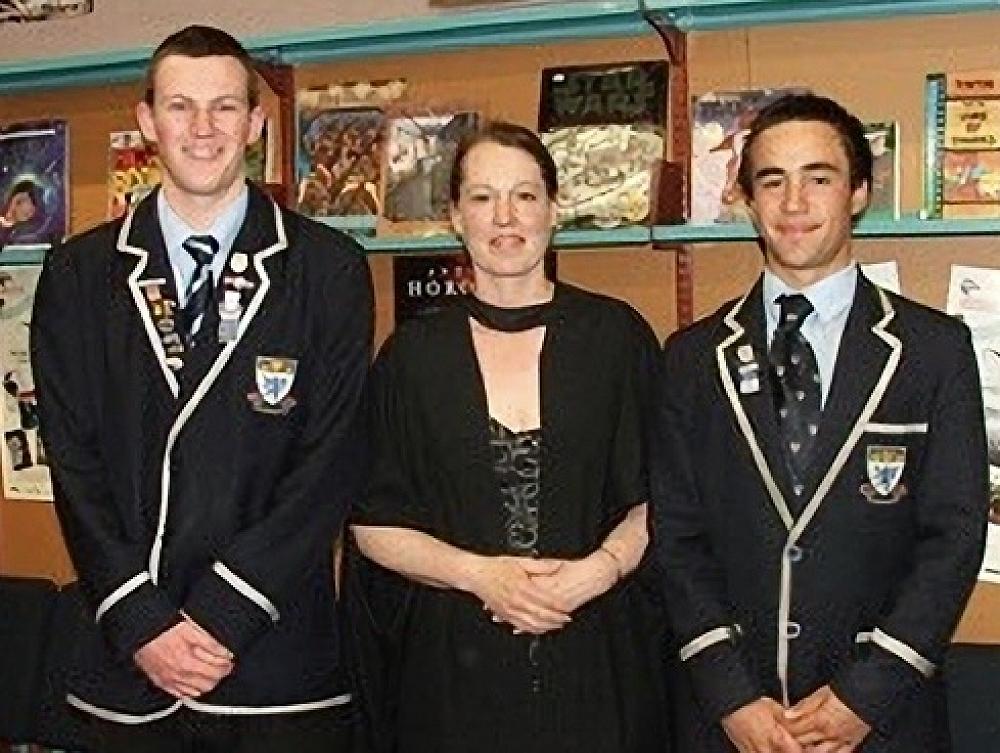