Norcombe Barker was born the year after his parents bought Larnach Castle and has since played a major role in rescuing it from a ruin to a very successful and still developing enterprise employing many people, but along came Covid-19.

Norcombe Barker began by talking about his unusual first name. On Googling it in the past, he seemed to be the only person in the world with that first name, and found ‘ Nor’ means North and ‘Combe’ means ‘valley . He suggested jokingly that - since he was born in the ‘60s - his parents must have been on drugs when they named him.

Norcombe was born in Dunedin and went to Otago Boys High School. When he started, as he lived at Larnach Castle, he used to run down the hill and “blew my knees out”, so spent the last 3.5 years of school staying at Otago Boys Hostel which he really enjoyed.

After leaving OBHS he began studying Management at Otago University, “which in those days was like an Otago Boys High School re-union every day.” Becoming disillusioned with the Management option (‘no-one is going to give me that job’ referring to manager of IBM or General Motors, he transferred to CIT (the Central Institute of Technology) to study for the Diploma in Hotel and Catering Management. The course included annual placements for four months each year in a hotel. Upon finishing at CIT, Norcombe went back to Larnach Castle, and has been there ever since.

As many of the visitors going to Larnach are overseas visitors, there is no attempt to put Larnach forward as an ancient building. The emphasis is on the extraordinary story of the castle in relation to the Larnach family and of Norcombe’s own family, the current owners of the building, and their restoration of the Castle.

The Castle was built by William Larnach, an Australian of Scottish descent with a family history of Merchant Banking. (Larnach did not like being called an Australian, which in those days was thought of as a convict colony). He started his working life as a banker in Melbourne, then - at the age of 18 - set up a bank in the fields of the Australian gold rush of 1851. His premises there consisted of a tent, and his equipment included several strong boxes, a gun and some dogs. When gold was discovered in Otago in the 1860’s he took up the post of manager of the Bank of Otago in Dunedin in 1867, which subsequently became the National Bank. He had six children by his first wife, (Elizabeth de Vries) who died at the age of 38 from post-operative complications.

Larnach then wanted to marry the half-sister of his deceased wife, but in those days this was illegal. Having become an MP by this time, “one of the perks of the job is to change the law to suit yourself”, and so he obtained his second wife. She also died at the age of 38, and he then married a third, much younger wife. “To cut a long story short, there were rumours of Larnach’s third wife having an affair with the first wife’s second son.” Larnach ended up committing suicide in Parliament buildings, the only politician ever to have done so.

A quite extraordinary man, Larnach had been involved in several enterprises, and the building of the Castle was yet another outstanding feat, with much of the material coming from overseas without the benefit of the internet, fax machines or even the telephone, to help organise it. Despite his extensive business interests, he did not have a great deal in the way of assets, plus there were court battles to pay his third wife and the custody of their son. In addition, he had a new 3,000 square foot ballroom built for his favourite daughter Katie’s 21st birthday (who soon afterwards died of typhoid fever). All these outgoings plunged Larnach into bankruptcy and on top of that one of his sons committed suicide.

The Ghosts of Larnach Castle

There is an abundance of ghost stories associated with Larnach, and Norcombe said he had never encountered anything himself. He did mention that, while at CIT, one of his postings was the Southern Cross Hotel in Dunedin. “In those days the site now occupied by the Casino was old rooms, and I used to go up to change to do my chef work, and one of those rooms was where Larnach’s son had shot himself. I always found that just a wee bit strange.” Later, in answer to a question, Norcombe expanded a little on ghost stories, including describing an occasion when a normally quiet dog went into the ballroom and suddenly jumped sideways and began barking at someone behind the door. Everyone came to see what all the noise was about, then Norcombe realised that everyone was there, so what or whom was the dog barking at? There was no-one behind that door . . . .

On another occasion a play about the history of Larnach Castle was being held - again in the Ballroom - and, at the point Larnach shot himself in the play there was a flash of lightning, a gust of wind and smoke blew into the room. Everyone thought it was special effects. But it was not.

The architect for Larnach was R.A. Lawson, who also designed First Church and the OBHS. The Castle went on the market just after 1900, and in the absence of any other buyers, was bought by the Government. The Purdies bought it in the 1930’s. Later it was used as a mental hospital for shell-shocked soldiers, and a nunnery among other things. It then had a succession of owners, and there was a certain amount of restoration done, although when Norcombe’s family purchased it in 1967 it was essentially a ruin - partly due to Lawson failing to provide a damp course in his designs, which resulted in a tendency for walls to collapse over time. Norcombe still remembers as a child it was his job when it rained to rush in with kitchen pots to catch the rain before it did too much damage. As an example of the state the building got into, before the Barkers bought it local farmers had used the ballroom as a cattle and sheep holding pen.

One day three University students visited asking to hold a party at the Castle, an idea well received by the Barkers. The upshot was that the students came in, scraped the floor clean and painted the walls, while the Barkers installed toilets, all in a day. The students were Alistair Edmonds, the late Russell Davis and Eoin Edgar - who has since received a knighthood.

They put on a very successful Ball in the Castle, filmed by TV New Zealand. At Norcombe's suggestions, and with Sir Eoin driving it, 50 years later, in 2017 this Ball was re-enacted with 150 of the original attendees and everything possible done in exactly the same way. It was a great success.

When student Balls are held there now, attendees can see the statue in front of the Ballroom made by Paul Dibble from the surplus money that was left from that commemorative Ball. Many University Balls have since been held there, and hopefully many more when the Covid-19 problem is sorted.

Norcombe realised that the CIT course, while excellent in many ways, had not prepared him for the level of management now required by a multi-million dollar business, so he decided to finish his degree at Otago. Comfortably back in class he felt initially like ‘one of the boys’ till the lecturer asked for the names of female leaders. Norcombe said, “Margaret Thatcher”, then realised that no-on else in the class knew who he was talking about!

To an extent, the Castle was restored from a ruin while his parents were running it. Norcombe admitted that they were enthusiastic, but not good business people, and the incurred debt was substantial. Over the years since he returned in 1990 with his Hotel Management experience, this financial situation became much healthier - till Covid. The restrictions associated with the pandemic have hit them very hard, with University Balls being cancelled, international visitors - including some famous folk such as Neil Diamond and Jimmy Barnes - no longer able to come.

With the help of a bank loan, the accommodation and other Castle features were improved, expanded by purchasing an adjacent property, now a five-star Lodge, with a 10 year improvement plan progressing nicely till Covid. It was very clear that Larnach was already very successful, and set to get even better, before the pandemic changed things so radically for the worse.

Their best hope now is an application to the Strategic Tourism Protection plan for almost a million dollars without which the development plan will have to go on hold. Clearly this will not only affect Larnach itself, but many associated tradesmen, workers and their families. The talk gave us some insight into just how much so many people are adversely affected despite the success of the government and the country in dealing with this threat. “It’s one of the worst times I have been through . . . I interviewed all the [permanent] staff, starting on 9 am on a Tuesday finishing at 12.30 pm on the Saturday, deciding who we could keep and who had to be let go. And that was one of the worst couple of weeks of my life, to be honest.”

There was a great deal more, not least Norcombe’s interest and activities in local organisations, including rugby especially Kaikorai Valley Rugby Club where he has been secretary, and now watches the games every Saturday, taking a friend of his who has ‘locked-in’ syndrome and whose wife had triplets during the pandemic. There were also several interesting comments on tourism. To get the full story, please try to attend these wide-ranging and very interesting breakfast talks. 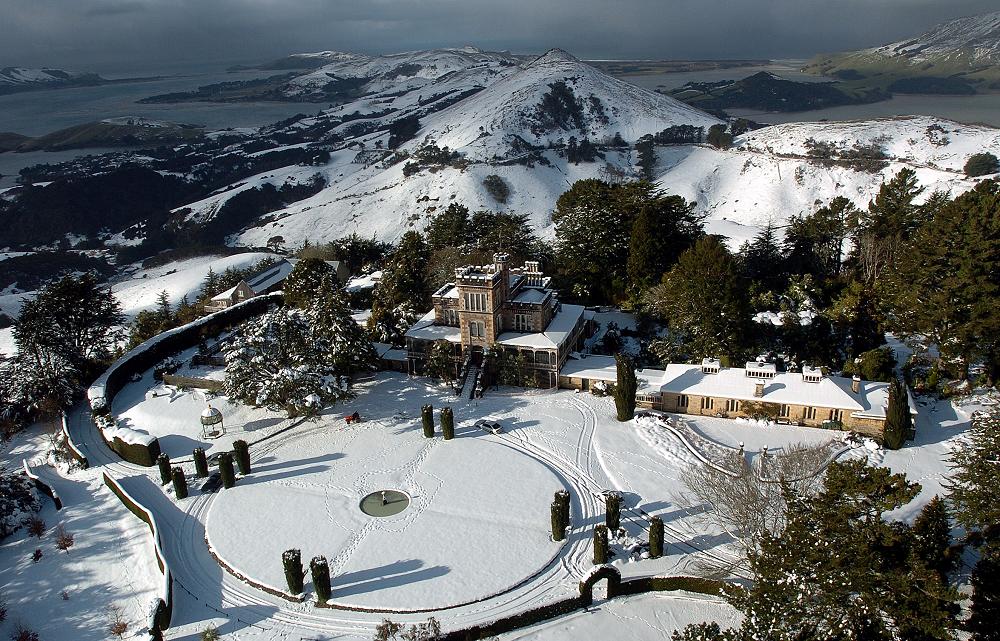