In a talk bristling with great practical tips on leadership and teamwork, Richard described his rise from humble beginnings in Barnsley, England, to his current position as Chief Executive at Dunedin Airport. Everyone will be a leader of one kind or another - there is something for everyone here!

The South Yorkshire town of Barnsley is now a market town. It is the home of Barnsley Football Club, Mr. Kipling Cakes, Albert Hirst and Percy Turner’s pork pies, and several other food and other industries. When Richard was in his teens, however, the major employment was coal mining, something he was determined not to have as a career. (The last of many Barnsley coal mines closed in 1994). His refusal to ‘go down the mines’ and indifferent results in school-leaver qualifications meant he was unemployed as a teenager. He went onto a Government training scheme in Engineering partly at the local Technical College combined with working part-time with an Engineering firm. The main driver initially was not a love of engineering, but because it paid twice as much as the unemployment benefit!

To his surprise, he began to receive good grades, and switched into competitive mode, “I am quite competitive”, so study became a game he did not want to lose - “Not a good trait”. After 5 years, the Technical College suggested to the Head of the Engineering firm that Richard should undertake a degree. Since he knew no-one who had been to university, and his only experience of university was a weekly TV programme he watched with his father, in which ‘impossible’ questions were asked of university students who then promptly gave the correct answers, Richard was less than keen. He was persuaded to try it for three months, encountered an outdated ‘chalk and talk’ teaching style with no opportunity to ask questions in the lecture, and gave up as soon as the three months had passed. But now the head of the engineering firm told him he must stick it out for a year, and sent him back.

Commuting for an hour each way every day from his home in Barnsley to Sheffield University, always in the same seat on the top deck at the front, this time, Richard t adopted his competitive, single-minded mode. The biggest problem was that this single-mindedness cut him off from those around him, primarily his wife. “Man, I missed out on an awful lot.” This went on for three years, during which “I literally became a recluse”. Given his total dedication to study, it is a great tribute to his wife, Louise, that they are still married. There were two other significant sequelae: 1) Richard obtained a First Class Honours degree, and a First was much more of a rarity in those days than now, his and a fellow classmate being the first ones granted in five years; 2) Richard has not done any formal study since - although he has just begun a home-based course learning primarily about Maori culture and protocol.

Following his graduation, Richard was Project Manager in several engineering projects, coming to New Zealand in 1996 when his projects included the Meridian Mall in Dunedin and the redevelopment of Hanmer Springs Thermal Reserve. After some years as Operations Manager at Dunedin Airport, he went on to General Manager of Infrastructure before being appointed to the CEO position in 2015.

Richard described the ‘carrot and stick’ culture that existed when he was young, and commented on the burgeoning research over the last 30 years or so on how we need to relate to each other to get the best from each other, particularly in the workplace, and particularly around leadership.

Management and leadership are completely different. A manager is one who must be followed, but a leader operates through the trust and encouragement of those he leads. Everyone in the audience will at some time be a leader. “To be a leader, you only have to lead one person - and that person may, for example, be a child.” Leaders set examples and instil values in the people that they lead. A manager does things. A leader helps people do things. They help people do great things, by clearing the way for them to achieve and provide all the support they require.

was a slide Richard put up when interviewed for his current post, and it generated a good deal of discussion there. He calls it his ‘Theory of Everything’. It is something he learnt from his and other peoples mistakes, and from being in good and bad relationships, achieving things and not achieving things. When a team of any kind did achieve things, they generally satisfy that equation, communicating really well with each other. Sporting teams provide great examples, notably here in New Zealand, the All Blacks being perhaps the most obvious. Double Olympic rowing champions Hamish Bond and Eric Murray are another interesting example. “I don’t think they like each other all that much. They have a kind of friendly dislike for each other. They are completely different characters.” But they communicate openly and honestly which leads to complete trust in one another. They ‘had each other’s backs’ and they felt safe together.

When there is complete trust within a team, everyone feels safe, and everyone feels they have the unfailing support of the other team members. Teams are brought together by open, authentic and honest communication. Honesty is critically important. In relationships, ‘if you are honest, you will never need a memory’. In other words, if you are not honest, there will come a time sooner or later, when it trips you up, and trust is gone.

At Dunedin Airport about six years ago, the whole whole team came together to work out jointly what the team Vision and Values should be. Values are the guidelines for how people relate and communicate with each other, both within the team and with outside agencies, which includes the public in the case of the Airport. They came up with the following:

Be You. Can do. Make it easy. Make it happen. Better together. We Care.

These values are referred to constantly. Leaders will frequently reinforce them by praising behaviour guided by these values, as well as quietly commenting on situations where they might have been invoked, but were not. These six values now appear on screensavers, mousepads, etc.

Annual staff engagement surveys over the last 6 years since Richard became CEO the team have continually improved, culminating in the last two giving 97%, an extraordinarily high level of engagement.

One of his favourite quotations is ascribed to Walt Disney’s Uncle Roy: “When your values are clear, decision making becomes really easy.” And this was powerfully exemplified as the Airport went through Covid lockdown, as these values guided decisions.

Richard had a number of other tips which he illustrated with examples. Here I can only list the tips, except for ‘courageous conversations’, which I feel is of such outstanding importance in relation to such things as racism and sexism that it demands some expansion.

Learn how to listen to what others are saying, don’t simply be thinking about what you are going to say next.

Read through what you have written and remove unnecessary words and phrases.

Be the leader that you always wanted. (You can learn from the bad leaders - don’t do what they did wrong. [Same applies to teaching - Author]).

In response to a question, Richard talked about ’Courageous Conversations’. If someone says something in conversation with which you do not agree, or find offensive, most of us will say nothing. About the worst thing you could do is say, ”You shouldn’t be talking that way because . . . etc.” First and foremost one should say how what they said makes you feel. A very difficult thing to do. Sometimes the way out might be to talk to the persons supervisor about how it made you feel, and let them talk to the person who said it, but “Courageous conversations never, ever, turn out to be as bad as you think they will be.”

Courageous conversation is a big subject in its own right. Try doing a web search, and you will find lots of tips on how to go about it.

For more on leadership Richard recommended looking up Simon Sinek. Have a look at this on Youtube.

As always, I could not cover everything. Best to attend these Expert Breakfasts if you possibly can! 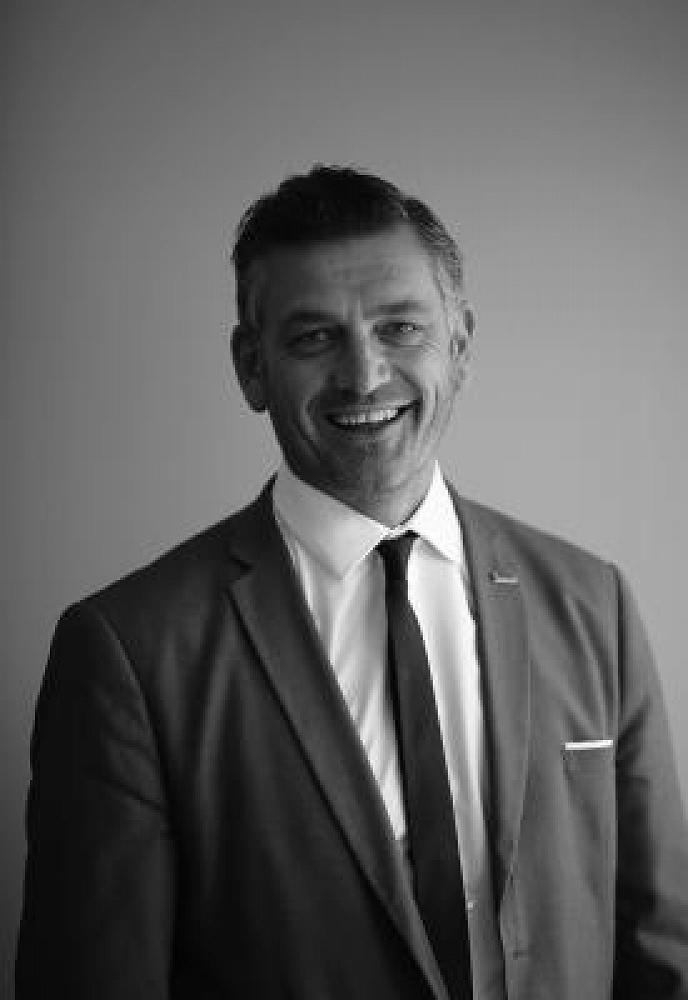