An extremely informative often amusing talk encompassing research into AIDS, SARS and COVID-19, work towards prevention and treatment, and planning under way to combat the next pandemic.

As is customary, our speaker was asked to describe how he had arrived at his current position. Professor Miguel E. Quiñones-Mateu is a Venezuelan, and began by talking about the events that led to him now being at Otago University. “I came here in 2019, as part of a bit of a mid-life crisis. Specifically, my daughter went away to college, and then to a PhD in Chicago.” He discussed with his wife what they could now do with the rest of their lives: “I found this opportunity, and I always wanted to come to New Zealand.” He applied without any real expectation of being successful, and, when he received the job offer, they went into a bit of a panic! “Do we sell our house of 20 years, or what? - But it was an easy decision once he came to Otago for the interview.

After revealing that “I hate to talk about myself, so forgive me!”, Prof Quiñones-Mateu acceded to the request to outline his career. He obtained a BSc at the Universidad Central de Venezuela, then moved to Spain for his PhD at Universidad Autónoma de Madrid, then to a post-doctoral position in the private research University Case Western Reserve in Ohio from 1997 to August 2000, with a view to returning to Venezuela. “Something happened in Venezuela in 1999, with a change in government.” [Hugo Chavez was elected President in December 1998 - Ed]. Following advice from his homeland Miguel decided to stay in the US, and remained there for over 20 years, studying viruses, especially HIV. His work there included the invention of a sophisticated test capable of giving information on likely drug resistance of the Human Immunodeficiency Virus (DEEPGENTMHIV), enabling the best drugs to be used in treatment.

“I just wanted to tell you that, from day one at University, I always wanted to do Science,” he said, but when he finished his first degree, he was uncertain what to do. He went to the south of Venezuela where there are very rich goldfields in the Orinoco Mining Arc. There Miguel searched for gold, and also bought and sold it. “It was fun!” With the money he made over that few months, he bought a car, but all the time he was thinking “I want to do something with my knowledge,” and later that year he took a post at FUDENA (Foundation for the Defence of Nature).

“But because I was the ‘new guy’ they sent me to the Isla de Aves,” [Bird Island] which is a tiny island1 in the Caribbean 185 kilometres from the nearest land. “It was gorgeous!” He spent two months there wth 11 Naval personnel, his job being to look after the green sea turtles, which use the island as a resting place. “Again, a lot of fun - but I would love to do something else.”

Then he found a job at the National Institute of Health in Caracas, “and there I started working with viruses.” His responsibility there was the validation and performance of diagnostic tests including HIV, Hepatitis B and Hepatitis C. They were the first to isolate HIV in Venezuela. It was here that co-worker Dr. Teresa Rota persuaded him that he should undertake a PhD, as one could not get very far with a BSc. “She was really critical in my development.”

His thinking about a higher degree crystallised when he went to a lecture by Esteban Domingo of Universidad Autónoma de Madrid. Miguel talked about the possibility of undertaking study in his department. The Professor said, “I have a spot in my lab, - but no money.” However, Miguel was able to obtain a scholarship, and so began his PhD in Spain.

There were some impressive results in the 3.5 years of his PhD, (which in Europe usually takes 4 to 5 years), “I have been very lucky in my career to have had a lot of firsts.” The 10 publications generated included:

The first molecular characterisation of HIV-1 isolates from Venezuela,

The first identification/characterisation of HIV-1 group O viruses in Spain, and

The first evidence of the pre-existence of HIV-resistant viruses in the quasispecies.

[HIV is not a single entity, but there are many variants or quasispecies. This finding therefore has implications for HIV treatment that clears the body of virus detectable by laboratory tests, but may leave behind some drug resistant variants. It is a common experience that, once treatment is stopped, there is a resurgence of the disease. - Ed].

Miguel worked very hard in this period, very long hours each day, including weekends. “I had to do it in 3.5 years, because my scholarship ran out then. . . . . . My wife was really helpful, and she would come to the lab. on Saturdays and Sundays and help me.” It was certainly an intense period of work, and he also said that, especially when you are in a foreign country, you want to do well. “But, once again, it was a lot of fun.”

Looking around for a post-doctoral position, Dr. Quiñones-Mateu had several offers in the U.S. from such places as Seattle, San Diego and Atlanta, and decided to go to Cleveland - not the most attractive of those places, but they had family there. When he and Prof. Eric Arts first went into the lab, it was totally empty, both going there for the first time, and they had to decide what they wanted to research. “That was a great experience, putting everything together, ordering reagents and equipment, and then programmes [on the molecular mechanisms of antiretroviral drugs and of HIV resistance], and all that.”

Three years later, in 2000, and still in Cleveland, it was at the Lerner Research Institute that Miguel, as Assistant Professor, established the first lab in which he was the director. “A common theme is that, because someone gave me the opportunity to go somewhere else and learn - I always said that, when I have a lab. myself, I want to do that for other people.” Consequently the people he took on at the Lerner were from places like Colombia, the Czech Republic, Pakistan, Spain, etc. Once again the focus was on HIV-AIDS. With very good funding, they got through a lot of work, with many publications. “We invented a couple of technologies that we were lucky enough to license to a company.” The technologies were related to HIV-1 phenotyping and deep sequencing, which enables the detection of rare clonal variants by repeating the analysis many times. “The company said,’OK we’re going to license the technology, but we need you’” - so in 2006 he left the Lerner lab. to join that company as Head of the Diagnostic Section, while retaining a number of Faculty positions, and continuing to publish. Miguel also made it a condition that, as his daughter was at High School there, the family would remain in Cleveland. Here they developed two HIV phenotypic assays useful in different aspects of the drug treatment of the disease. They also established a genotypic assay, now used in many parts of the world, capable of detecting low levels of drug-resistant variants - which puts clinical decisions about the best drug combination in individual cases on a more solid footing than before.

He then made the decision to return to academia, partly because it would give him the freedom to follow what interested him, rather than what the company wanted, and partly because the company had been taken over by another, and he would be required to move to San Diego. And so he returned to the Case Western Reserve University and University Hospitals Cleveland Medical Center as a Scientific Director with responsibility for developing diagnostic tests for infectious diseases and cancer. “Everyone wants to cure HIV now, it isn’t enough to maintain the patients.”

In December 2017 he saw the advertisement for the job here at Otago, which has already been discussed at the beginning of this report - and the fierce, long winters he and his family experienced in Cleveland were also a factor.

Prof Quiñones-Mateu now holds the Webster Family Chair in Viral Pathogenesis in the Dept. of Microbiology and Immunology here at Otago. “How many of you know of Robert Webster? (marked lack of audience response) - Shame on you!” said Miguel, laughing. (Robert Webster, virologist at Otago, is an international expert in influenza, and the first to note the link between bird and human flu. Among many other achievements, he predicted a world-wide pandemic would happen - and along came SARS-CoV-2). “He is, I would say, the father of virology in New Zealand, now in his 80’s”.

Prof Quiñones-Mateu, who noted that he has been working on HIV for a long time, and, although he has worked on other virus diseases such as SARS, something always pulls him back to AIDS. This time, despite his personal decision to cease work on HIV, he was given an NIH grant to work on it in Africa. His current brief is to continue work on HIV, but to expand his interests to emerging viruses - and is now working on COVID-19.

I am going to defer writing the book till another time, and cover some of the remaining issue with a bullet point list!

In the photograph of Prof Quiñones-Mateu’s current Otago laboratory personnel, from left to right:

2 Quasispecies in this case refers to variants of the HIV virus. 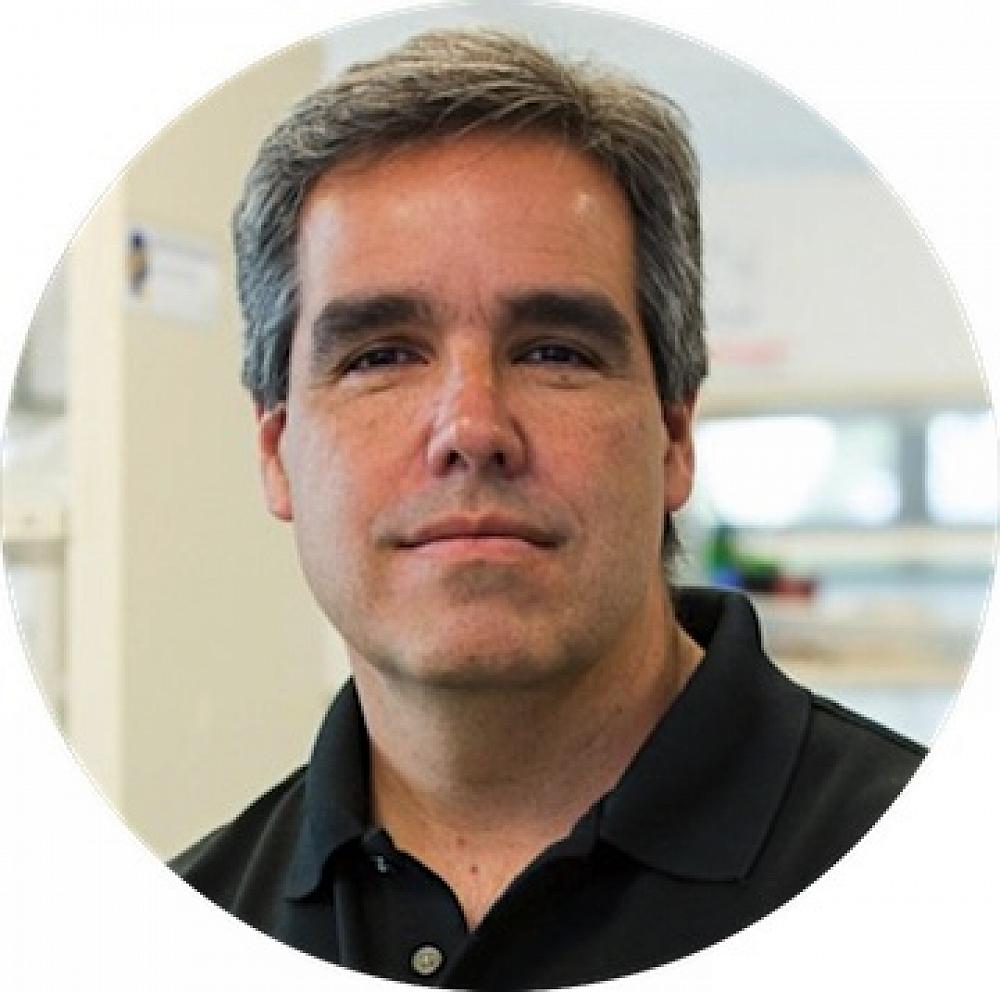