Respected Dunedin lawyer, author and experienced lecturer Jim Guest discussed guidelines for building a career, based on his own experience as a lawyer, but applicable to virtually anyone embarking on any career.

The Value of Expert Breakfasts!

Jim Guest began by saying that he hoped he would be able to do justice to his topic in the short time available, as “one of the failings of my profession is that I could just talk for as long as I have an audience - we could still be here at dinner and I could still be talking.” He congratulated St. Margaret’s on the ‘Expert Breakfast’ concept, noting how things had changed since he was an undergraduate with regard to preparing students for the professional world. “Now there is much more help about the big picture, careers, where you’re going and wider activities.” While such things were given a certain amount of attention in earlier times, it tended to be in ‘clumps’, career seminars, and be less polished in organisation.

“This is really good. . . . . . it’s part of your life in which it is really important to set the foundations to where you are going”. He noted that there is a saying in business “Plan long term, act short term.” This essentially means having a long-term aim in view - which can change, but a long-term plan should always be in your sights - while you take short steps working towards that long term aim. These short steps can be changed relatively easily according to circumstances, leaving the long-term plan unchanged. It is a way of navigating, and not suffering a directionless career. “Hopefully what you are doing here this morning is one of those small steps towards the big picture.”

Commenting on his own career, Jim remarked that he had had a lot of fun doing it, together with adventure and variation. He finished High School after four years rather than the usual five, “Didn’t like High School very much at all, but the main reason was a girl I had a crush on, who left to go to Teacher’s College.” Jim was born in the Queen Mary Maternity Hospital, which was converted in 1992 to Hayward College. “So, some lucky - or unlucky - student is probably in the room that I was born in!”

In his first year at University, Jim did four Arts papers, Philosophy, Political Studies, Education and Legal Systems, the latter also being the first unit of a Law degree. As one of the youngest on campus, having turned 17 shortly before starting, he felt ‘rather self-conscious about it’.

Having gone through the year successfully, and enjoyed Legal Systems, Jim signed up for the co-joint degree BA/LLB, “and towards the end of those five years, I managed to cram in the professional papers.” This meant he could get admitted to the bar on finishing at University, and so could get some practical experience. “Absolutely enjoyed it!”

Much of the early professional work was in criminal law, mostly on Legal Aid - “where you don’t have to go hunting for work, and you don’t need a name to get it – great for newbies”. It gave me a wonderful grounding on a side of life that I had never seen before.” Hearing the life stories of these people and reading the probation reports on them was an eye-opener, from which he learnt a great deal. “There was also the discipline of turning up on time, having everything lined up and ready, and doing the absolute best for your clients. I drifted out into other areas of legal practice - I never thought that I would be a Family Lawyer, but you just sort of drift into it because the work is there. ” It turned out to be really interesting, “In fact, a real honour and privilege to get involved in the details of people’s lives and people’s lives going wrong. . . . it’s about solving problems as quickly as possible within a legal framework.” I also got involved in civil litigation.

Never turn down an opportunity to learn more. When you are qualified these professional opportunities occur, for example, at Law Society events on new topics. [That is in the case of Law - but it applies to everyone, whatever they are studying - Ed]. But they are not generally forced on you – you must take them on.

Take on any other opportunities that come your way, such as in my case to give guest lectures. These things can advance your career, or just make it more fun. In Jim’s case, occasional guest lectures led to him become a part-time member of the Law Faculty at Otago, teaching the litigation half of the Professional Skills course. He has also taught International Law at Politics for the last 20 years, and the visibility provided by these activities took him, a few years later, into teaching Insolvency Law at the Law Faculty, (“which I really enjoy”), and was invited to contribute four chapters to main New Zealand text on insolvency, Heath & Whale on Insolvency.

Returning to his time in Legal Aid, Jim talked about being at Court, on time, duly prepared, doing his best for his clients, and also getting on well with Court staff and Judges - Judges… “as best you can with Judges!” - and including a Deputy Registrar called Trevor Laing, who had clearly noted Jim’s reliability. In those days, at Christmas time, as the public left the Court was closed, “the alcohol came out, a court room would be taken over, and there was an amazing party that would put the Hyde Street keg parties to shame!” It was at one of these that he met Trevor Laing again, having not seen him for some time. In the ensuing conversation it emerged that Trevor was now a Deputy Assignee at the Assignee’s Office, which deals with insolvency. After listening to Trevor’s description of the work, Jim became very interested, and has been involved in insolvency work for the last forty years. “And that was born from nothing else than turning up on time, being reliable and a conversation that sounded really interesting.” Jim indicated that he certainly did find working in insolvency interesting, negotiating to obtain the maximum possible return for the debtors. He still sees Trevor Laing from professionally every few weeks in the course of doing work for his liquidation firm.

Regarding his earlier comment on taking advantage of any educational event that becomes available after qualifying, which can take you in a different direction. For example, Jim went to a Law Society seminar in the late 1990’s on the then new Hague Convention, which is an international initiative designed to protect left behind parent, when one parent takes the children to another country where they feel they are most likely to win the custody of those children. Only a few lawyers turned up when this seminar came to Dunedin, with the information being presented by a lawyer and by the Ministry of Justice representative, Heather Tavassoli who had been a Court Deputy Registrar and had known Jim when he was involved with Legal Aid cases A few days after the seminar, she rang Jim and asked him if he would be part of a network of lawyers around New Zealand obtaining the necessary Court Orders under the Hague Convention when such cases arose in their locality. He has since done some hundreds of such cases, noting again that this opportunity arose because of a) doing his job to the bests of his ability in those early days, and b) being willing to take on opportunities to learn new things. He receives requests from the Ministry on a regular basis to assist with cases involving countries around the globe, protecting the interests of those children already involved in traumatic family upheaval.

At this point in his talk Jim returned to his comment on visibility within the University, again noting how important teaching is to him: “It’s one of the things I really, really like doing.” Coupled with that was being known to a colleague who was married to one of the University Professors. This led to something that has been important.

The Master of International Studies is a multidisciplinary course promoted by (then Dr now Professor) Robert Patman and offered by the Politics Department. In addition to Politics, it includes a “crash course” in International Law which was initially taught by the Law Faculty. After two years, the Law Faculty decided to pull out. This led to Jim and an employed recent graduate as a research assistant re-designing the course, and Jim subsequently teaching it.

• Carry out the work assigned to you to the best of your ability – go the extra mile, and even more.

• Be prepared to take up any opportunity to increase your knowledge.

• Be a team member - work at getting on with your colleagues.

• Be willing to take on something new, even though you are busy - if it doesn’t work, you can drop it later.

Jim did say he had one regret, that he had only done one year of post-graduate study and felt he should have done another year to complete a Master’s degree. He also talked about the mystique of the Ph.D. which he would like to have done - while the process develops in people the ability to carry out very high levels of disciplined research, and it is often in the most obscure topic, but then “you’ve got that magic title ‘doctor’ .” Nevertheless, what shone through in his talk was how much he has enjoyed his work, with a few exceptions mainly relating to bickering by people involved in family breakups.

As is always the case, his talk was followed by some excellent questions on such things as family law and the current debate on free speech: “I’m liberal about free speech offending people, I think you should be allowed to do that . . . but if I’m talking about the “wonderful enjoyment you can have in abusing young children” or instructions for making homemade bombs .... that’s not free speech …. because it’s encouraging something bad to happen.” John Stuart Mill’s concept of maximum freedom until it encroaches on other people’s freedoms is apt here – free speech until it risks doing serious harm, then draw the line to restrict it. 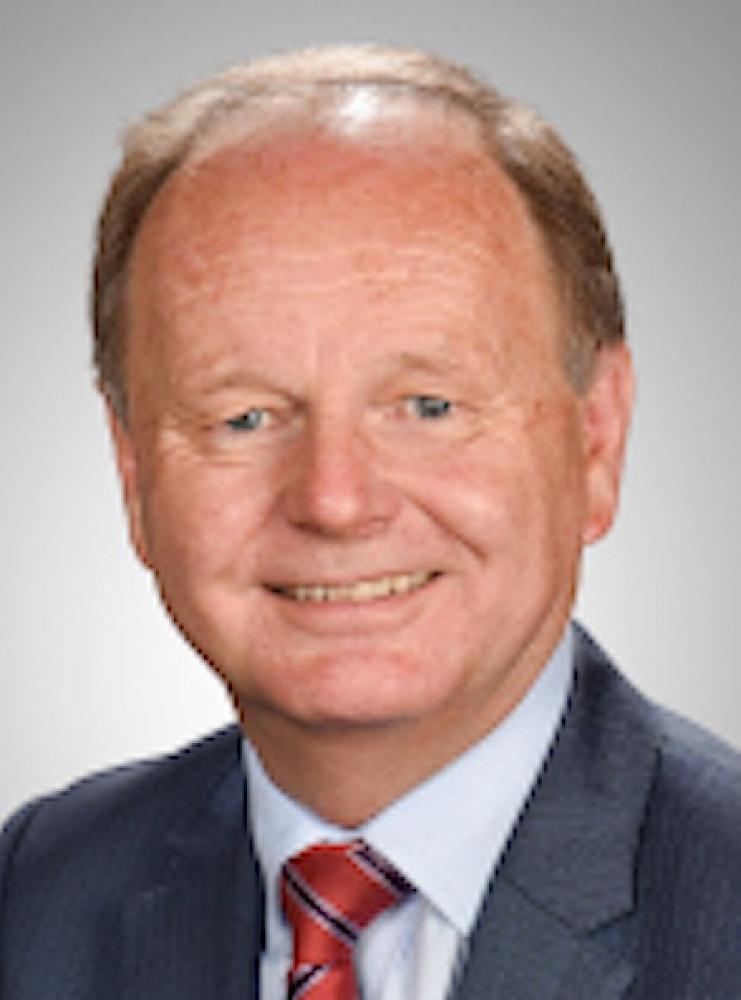