From his impressively wide experience Dr Walker described a number of strategies and guiding principles for dealing with the vicissitudes and opportunities encountered by students, whatever discipline they elect to follow.

Dr. Walker began by saying, in connection with pursuing a career, that he thought the essence of life is about trying to do what makes you happy. Stressing that there are many ways of going about things, with no necessarily right or wrong way, he described “a little bit about my journey, and how I went about things”.

He has a Tongan/Portuguese mother and well-travelled Northern Ireland father, and he himself was born in Dunedin in the Maternity Hospital - which is now Hayward Hall. He was really passionate about sports, and at one stage wanted to pursue sport as a career, but it turned out he was not quite up to the mark, so he turned his attention to the possibility of a career related to sport, such as PE or Physio.

His sports doctor was Dave Gerrard: “I thought he had the coolest job in the world” - because he was an Olympics Doctor, “I didn’t like the Medicine part, but I loved the fact that he used to get to all the Olympics and get paid for it!”

[Dave Gerrard himself was an Empire Games gold medallist and Olympics competitor- Ed.] Although drawn into Sports Medicine because of the sports aspect, Xaviour came to really like the Medicine part. Some of his research now is about how Olympians age.

You Are on Hero’s Journeys

After a brief look at his overseas experience, such as in Tonga teaching Nursing students when he was still a student himself, to working at prestigious American institutions, he showed some slides illustrating points of interest to students generally.

While at Harvard, he listened to the graduation address given by Bill Gates in which he made the comment “Are the brightest minds working on the most important problems?”, or, as Xaviour put it, “ask yourself why you are doing what you are doing. What is the problem you are trying to solve? What is the issue you are super-passionate about?”

Dr Walker took one of the lowest paid jobs in Public Health (Geriatrics) because that was where his passion was. He alluded to the ‘Hero’s Journey as being a ‘really good analogy for life.’ It deals with going through the trials and tribulations of life. ‘The worst things that happen are the best teachers’ as they teach you empathy and compassion.’ He proposed that we are all on multiple Hero’s journeys, which each have their ups and downs, “There’s light, and there’s dark, and there’s light again - you’ll get through whatever it is.”

Dr Walker encouraged people to seek out mentors, mentioning some of those who had helped him along the way. “Very often all you have to do is ask. Most people are happy to help. . . . They want to give back. . . . You can learn an awful lot from them.” Among those he counts as his mentors are Dave Gerrard, Arthur Lydiard, Donald Henderson - all simply because he asked. “I seek out older people . . retired people, because they know a lot of things” - and generally have the time. He encouraged seeking out more than one mentor-no-one is perfect, and people differ in experiences and personalities, so one may be more appropriate than another for a particular issue.

Xaviour had other mentors who were also very important to him: Brigadier Dr Brian McMahon, Professor Faumuina Tai Sopoaga and Dr Leo Celi.

Knowing your roots is important to understanding who you are (Dr Walker referred to the film ’Antwone Fisher’). “Be proud of who you are. Every part of us is beautiful. . . . We are all different. Embrace that. And celebrate that. If we were all the same . . that would be boring”.

He referred to “Howard’s Gift” by Eric Sinoway* which had ‘a big effect on me’. This discusses - among other things - adversity and inflexion points, which can be positive, negative, active or passive. An active inflection point example is the choice to be made at the end of First Year Health Sciences, where there are seven professional courses to choose from. An example of a passive inflection point is travelling down a path and realising you are not enjoying it - as sometimes happens to people studying medicine. You may need to stick at it for a while longer to be sure - “It will start to whisper, and then it will start yelling”. At a time when e-mails were only just beginning, he sent several applications to the Islands as a fourth year medical student, but had no response. He decided to go anyway, and. ‘just turned up’, at a hospital in Fiji, told them he was a fourth year medical student, and - after some hesitation and checking his story by the hospital, - started working there. “and it was like a really magical experience.”

Tackle the Root Cause

Rudolf Virchow (the ‘Father of Pathology’) on being asked to investigate a typhus epidemic in Siberia) pointed out that the root problems were poor sanitation, overcrowding and lice rather than a need for more doctors and hospitals. Virchow said, “Medicine is a social science . . . physicians are the natural attorneys of the poor, and the social problems should largely be solved by them”. A doctor can treat a child for pneumonia, but treating the one child is not tackling the root cause, what needs to be tackled is poverty.

The idea of tackling the root problem steered Dr Walker in looking at the rural problem of staffing General Practices in rural communities, along with another doctor who was ‘very passionate about this’. Between them, and with the Minister for Rural Affairs, they introduced medical student placements in rural communities, so that students had experience of working in rural communities and were more likely to go back to them after graduation. The financing of these communities was also increased. Xaviour asked the then Minister for Health if he would speak at a conference on Rural Communities. He readily agreed, and further suggested it could be held at the Houses of Parliament, two actions which made the task of persuading other speakers to join in very easy. That Conference continues apace to this day.

A similar effort in which Xaviour played a central role in establishing, still ‘going strong’, is the International Junior Doctor’s Association. He then quoted Harry Truman, former USA President:”It is amazing what you can accomplish if you do not care who gets the credit.” Dr Walker stressed this, “It’s so important - give credit to people, but don’t feel you have to be out front.”

Another book that had a profound influence on him is “Mountains Beyond Mountains” by Tracy Kidder - available in the main University library. You can also get a taste of this book, with reviews, on the Amazon site.  It is the remarkable story of Dr Paul Farmer, who set up hospitals in many parts of the ‘Third World’ - a story that, in part, inspired Xaviour to travel to Boston in the hope of learning from this man. While that was not what happened, he did learn a great deal, and through his early research into vaccines, spent some time training in Peru, in Tropical Medicine.

Dr Walker talked about his interest in many spheres (not forgetting the Boston Marathon), and said: “I had the opportunity to go to Harvard Business school . . . something you learn from other fields - Architecture, Art, Anthropology - you’ll see problems through a different lens.” It is important to look at Health not just from the standard Health point of view, but with an awareness of the economics, social aspects, and so on.

He noted how he had left a comfortable well-paid position to a poorly paid one, almost bankrupting the family, in order to further his experience, and how leaving his comfort zone had paid off in the long run.

Keen to allow time for questions, Dr Walker swiftly made a number of points:

I took the less traveled by,

And that has made all the difference”

Questions, as always, were searching! Asked what gave him the courage to give up a well-paid job to pursue his interests in Public Health, Xaviour said,”One of the most important decisions is who you are going to marry. I think all of you should be picky . . . . go for the person that believes in your dreams . . . and they have to align with your values.” He paid sincere tribute to his own wife for supporting him all the way. “For me she is just amazing.”

Surround yourself with people who believe in your dreams, . . . The worst thing that can happen is you can lose a lot of money. But I can work. We can make it up. . . . .It doesn’t matter what happens, but you have to commit. . . . . .Once you make the decision, it’s OK.”

Travel if you can - it is enriching.

Giving the examples of a couple of times he failed exams - both times while coping with considerable difficulties - he made the following points:

Be honest about it - it is amazing how many people will admit to you that they too have failed exams in the past.

Going through the material twice can give you a much stronger foundation for later.

Guided by one of his mentors (Dave Gerrard) he drew up a plan of what he needed to do, and found that so powerful he now does it often.

Things will happen that seem bad at the time “the hardest things I’ve been through ave been the biggest lessons in the long term.”

Once you decide you really want to do something, - it may take a while - just don’t give up.

In closing, Xaviour wished everyone well, and thanked the members present for attending. “Do your very best - but enjoy the journey . . . You can’t control the result, but you can control the way you go about it.”

*Regrettably we do not have a copy in our library! 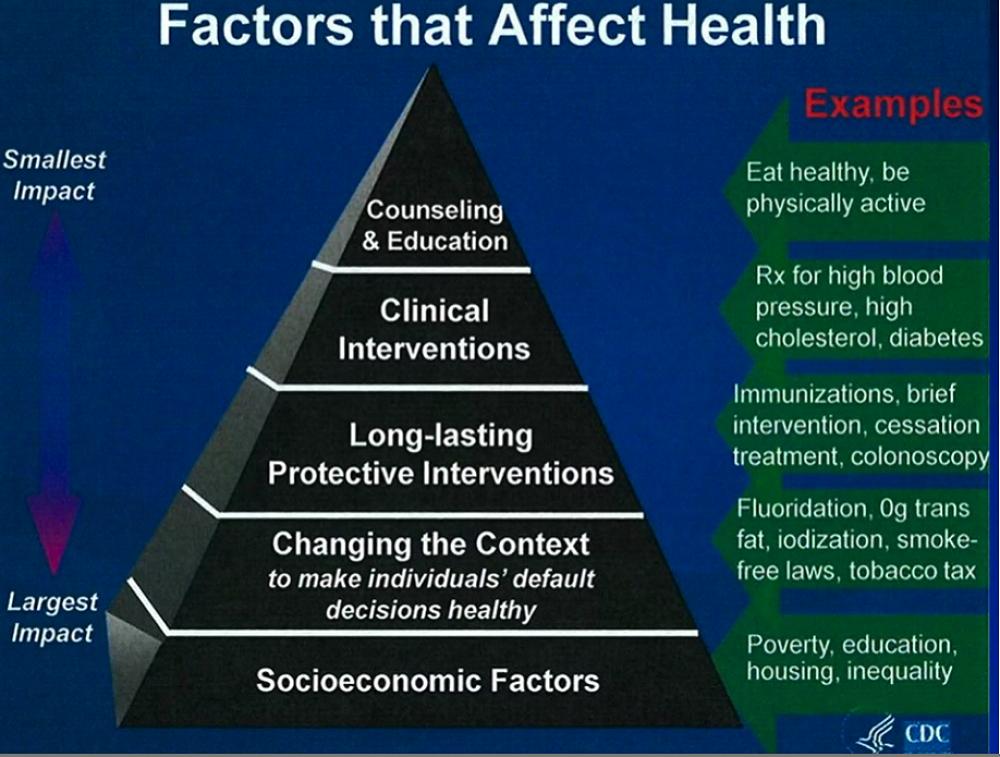 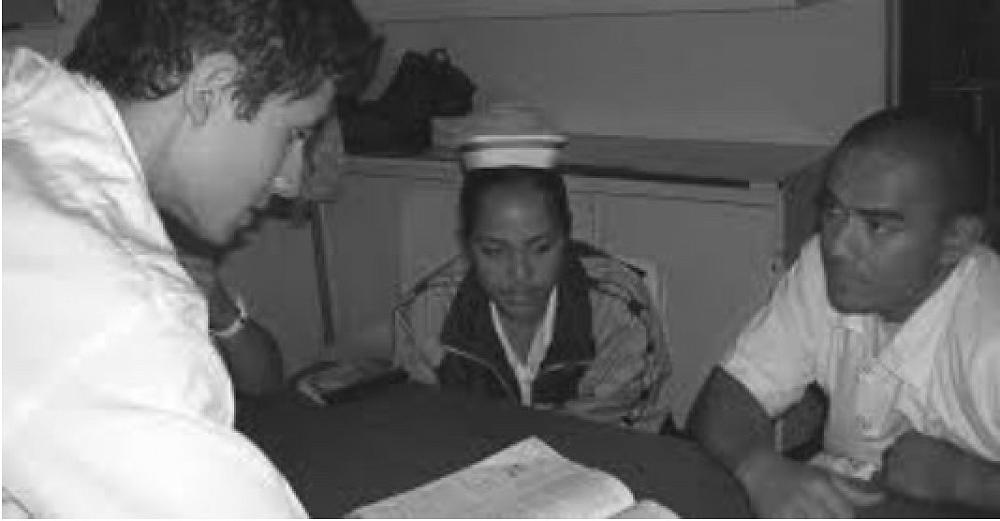