A group of College Members were thrilled to meet Sir Bill English after he graduated with an honorary doctorate from the University of Otago on the afternoon of Saturday, 1 June.

College Leader Laurie Duncan planned her strategy well to ensure she met Sir Bill at the conclusion of the ceremony with the mission of inviting him to be a guest at a College Expert Breakfast in the second semester. This included preparing and printing a personal St Margaret's College business card with her contact details so that he had something to take away with him and would forget the invitation. Clever thinking on Laurie's part.

With the assistance of seven other College Members who had also attended the Convocation Ceremony, Laurie determinedly scoured the throngs of people exiting the Town Hall after the Ceremony in the search for Sir Bill. Complicating matters was that VIPs, being the first to leave the auditorium as part of the academic procession, are easily lost in a crowd or, even worse, depart immediately.

Up the stairs. Down the stairs. Back in the auditorium. Outside. Just where was the target?! Eventually, after careful detective work by Laurie and her co-conspirators and much to their delight, Sir Bill was "found and cornered" on the first floor of the Town Hall.

Laurie was very pleased  to successfully accomplish her mission of issuing a personal and warm invitation to Sir Bill to be the College's guest at a forthcoming Expert Breakfast. He told her that he'd get back to her as he now had her business card!  Laurie, and the College, await his reply with anticipation...

For further news about the Convocation  Ceremony, click here to see an article in the 3 June edition of the Otago Daily  Times. 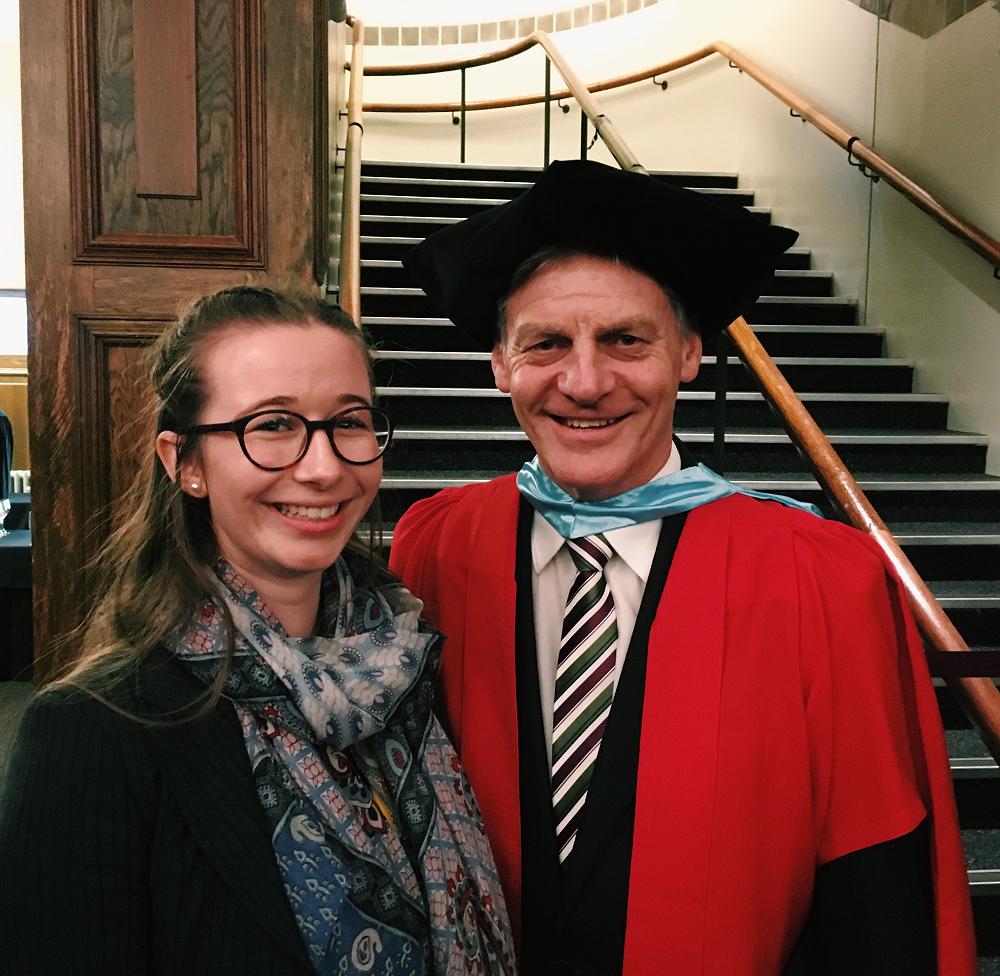 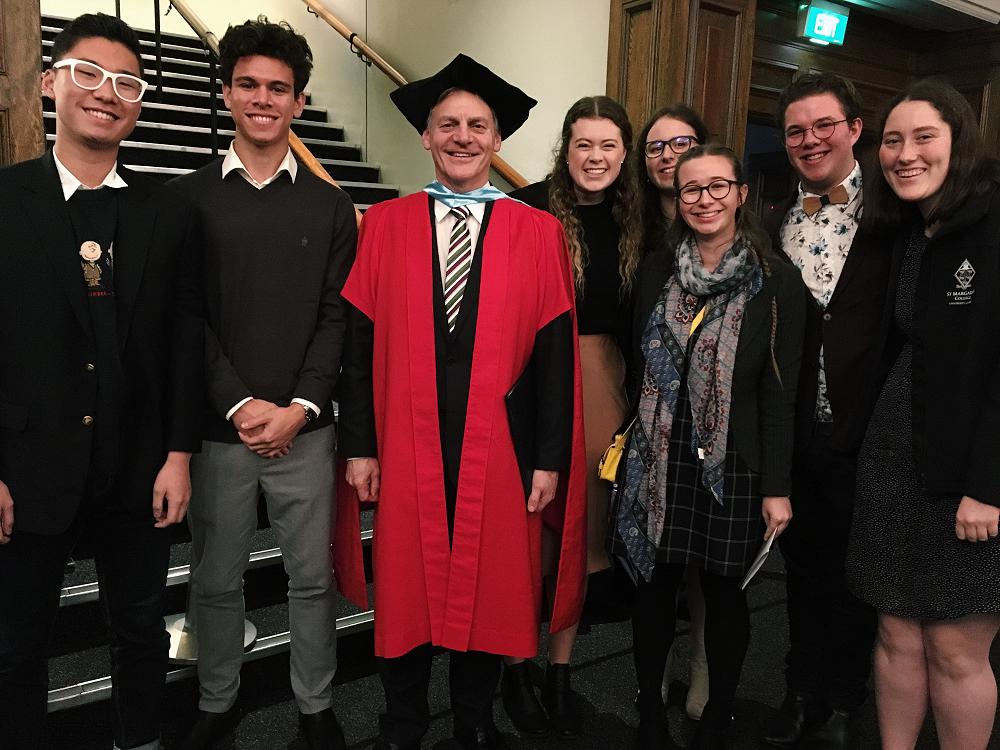