Host Kleff Tan introduced his guest, who, in addition to giving lectures in CELS 191, is director of the collaborative research platform Genomics Aotearoa*, based in the OU Biochemistry Department. Following a BSc at Victoria, Peter did his PhD at the prestigious Imperial College, London, with a post-doc at Cambridge University.

Prof Dearden, who describes himself as a Developmental Biologist, has won several awards for science communication, including the Callaghan medal in 2014. The basis for these awards became rapidly apparent as his talk progressed!

The discussion began with Prof Dearden describing an essay he had been required to write on the origins of the largest grouping of animals, the Phyla. From fossil records it appeared that the various major groups - molluscs, flatworms, chordata, etc. in the Animal Kingdom had appeared virtually simultaneously, which seems contrary to evolutionary theory. This phenomenon was known as the ‘Cambrian Explosion’ and it is now known that it took many millions of years than was thought at that time. Peter, along with several other students, attempted to explain the state of knowledge as it was then by suggesting the difference between such Phyla as chordates and arthropods was really slight, with morphological changes being present with little genetic change. Lots of the Cambrian period creatures were pretty extraordinary ‘things with five eyes and trunks, which is really weird’, and most subsequently became extinct.

An example of creatures in the Cambrian is the ‘anomalous shrimp’ or Anomalocaris, which was around two feet in length:

(In the opening photo to this article this shrimp features on Prof Dearden’s T-shirt!)

From Fly Brains, through Locusts to Bees

This fascination about the possibility of major morphological differences with minor genetic change led to him working on the African Plague locust for his post-doc at /Cambridge, following his PhD on flies brains.

Returning to New Zealand, Peter directed his attention to honey bees. “It suddenly occurred to me that I was an absolute idiot, because the many developmental differences between worker bees and queen bees occurs with no genetic change, it’s all environmental.” The idea of looking at these differences had been to see if bees could shed any light on the Cambrian explosion problem, given the similar genetic make-up but very different behaviours. “The answer is, it doesn’t.”

However, this work involved working with bee-keepers, and hearing of the various problems they had, asking if there was anything the scientists could do about them, “So we began a big programme called ‘Future Bees’, which we’ve developed that helps beekeepers get the best bees they need for their operation.” Together with working on the genomics ‘because it’s fun’ , looking at inheritance and traits, they also monitor bee activity remotely with the aid of satellites for such things as movements of the bees, the effects of weather, etc., dissect the results into genetic and environmental influences, and share the information for the welfare of the bees and their keepers. “My job is weird. . . . We work on bees - we spend a lot of time trying to help bees, because we are one of the few groups that work on insects at all. We also spend a lot of our time trying to kill wasps, because wasps are a pest to a lot of people.

Asked about how much genetics might help in conservation, Prof Dearden informed us that this was considerable. A few years earlier, the Genetic Rescue Foundation put up the money to find the genetic sequences of all living Kakapo. “Now, through a bunch of processes, those sequences ended up on my plate.” (More on this in part 2!). They have about 230 Kakapo gene sequences at present, only those birds currently being hatched have not yet been processed. In the early days the funding body had no clear idea about how this work might aid in conservation. “Conservation genetics is a huge field, so I had to have this crash course [in the subject], and discovered that, actually, everyone focusses on inbreeding - and I was shocked.” As an example, he mentioned the breeding of cows, in which a significant concern would be milk yield, with limiting inbreeding being just one of the aims. In Prof Dearden’s opinion, Kakapo are already a managed breed, rather than wild, and factors such as disease resistance should be a concern along with inbreeding.

One of his team, Joseph Guhlin, trained as an IT professional, then did a PhD in Biology, and now does machine learning in Genetics. “What we are doing is developing ways you can use machine learning and statistics, to take the information out of genomes, and use that to provide tools to Conservation Managers.” Kakapo live on three offshore islands - Whenua hoa, Anchor Island and Little Barrier Island. One of Prof Dearden’s students, Marissa Le Lec is on one of these island with a ‘tiny’ DNA sequencer that runs off a car battery. She is sequencing the DNA of chicks, which establishes the parentage of each chick and its gender. Along with genetic information on the whole Kakapo population and looking at which traits are associated with which bits of DNA, things like growth curves for individual birds can be produced. This information is important to help the Conservation Managers - “On this island, this chick, with this parentage, should grow at this particular rate.” - And if they don’t, the managers can intervene, perhaps by feeding the chicks separately, or whatever seems necessary for them to develop as they should.

Science Should be About Changing Things for the Better

“I’m really keen on practical tools. This comes from working with beekeepers. It’s great to be able to say to beekeepers that we’ve sequenced the bee genome and I know how their embryo’s work, but no-one is much concerned. What they care about is ‘What’s the effect on my operation?’, and we need to offer them tools that will help them to know when they have a problem. . . . . . If you’re going to do science, it’s about changing things for the better. I think we do a lot of science where we watch stuff, and in the face of climate change and lack of biodiversity, etc., etc., we’re just watching our environment die. So we’ve got to do something. . . . and therefore we’ve got to produce tools that people are going to use.”

*Genomics Aotearoa’s web site (https://www.genomics-aotearoa.org.nz) includes an education section including a genomics glossary and a note on ‘Precision Medicine’. 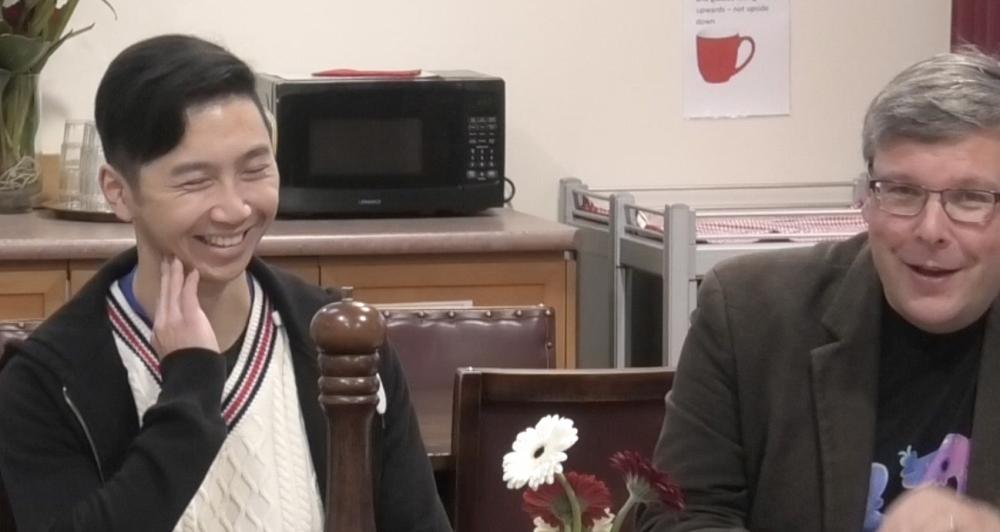