College alumna Anne Lim (2013 to 2014) paid a reminiscing visit to St Margaret's last Friday before she leaves for the UK to take up a Master's degree at the University of Oxford.

It was a pleasure to meet Anne at the College on 20 May and hear about the time she spent there during 2013 and 2014.

With two degrees from Otago (BA and LLB with Honours First Class and a number of scholarships to her credit), Anne is off to Oxford (as a member of St Anne's College) in September this year to undertake a Master's degree in Public Policy. So good is she that she was also offered a place at the University of Cambridge.

During her studies at Otago, Anne was awarded three scholarships or prizes for her academic performance: Prestige Scholarship in Law (2016), Scholarship in Arts (2017) and William Kennedy Prize for 300-level Politics (2017).

While at St Margaret's she was awarded the Neville Emslie Trophy for Humanities at the 2014 Valedictory Dinner. This Trophy is awarded annual to the College's top humanities student.

Anne told me that she thoroughly enjoyed her two years at St Margaret's. In her words:

"Prior to my application, I was told by my home-stay mum in Dunedin to 'not bother' with applying to St Margaret's - as St Margaret's was 'only interested in Health Science students'. That comment did not deter me - I applied anyway, as a budding Law and Politics double degree student. I got in, and had the loveliest two years staying on the B and WB floor."

"The tutorial sessions offered for Law students at St Margaret's were top-notch. I remember attending every session after dinner, trying to listen to the tutor with rapt attention while fighting off the post-dinner desire to nap. Sunday formal dinners were excellent - I have fond memories of playing the piano as part of formal dinner performances, then enjoying the discussion sessions that took place with the guest speakers afterwards."

"Challenging myself to be at my best while learning how to adapt to university life was something I strived for, and St Margaret's was a wonderful place to do that. Students there were highly motivated and engaged with their studies, no matter the field they were in."

Since Anne's graduation at the end of 2017, she spent two years working in one of New Zealand's largest corporate law firms followed by a further two years of working with the New Zealand Police in criminal justice policy.

It was an absolute delight meeting Anne and showing her around the College as she reminisced about her time here. The College is very proud of her achievements and wishes her all the very best at Oxford.

NOTE: The College accepts applications from students studying in ALL disciplines, not only health sciences. We are pleased that Anne didn't take the advice of her home-stay mum! 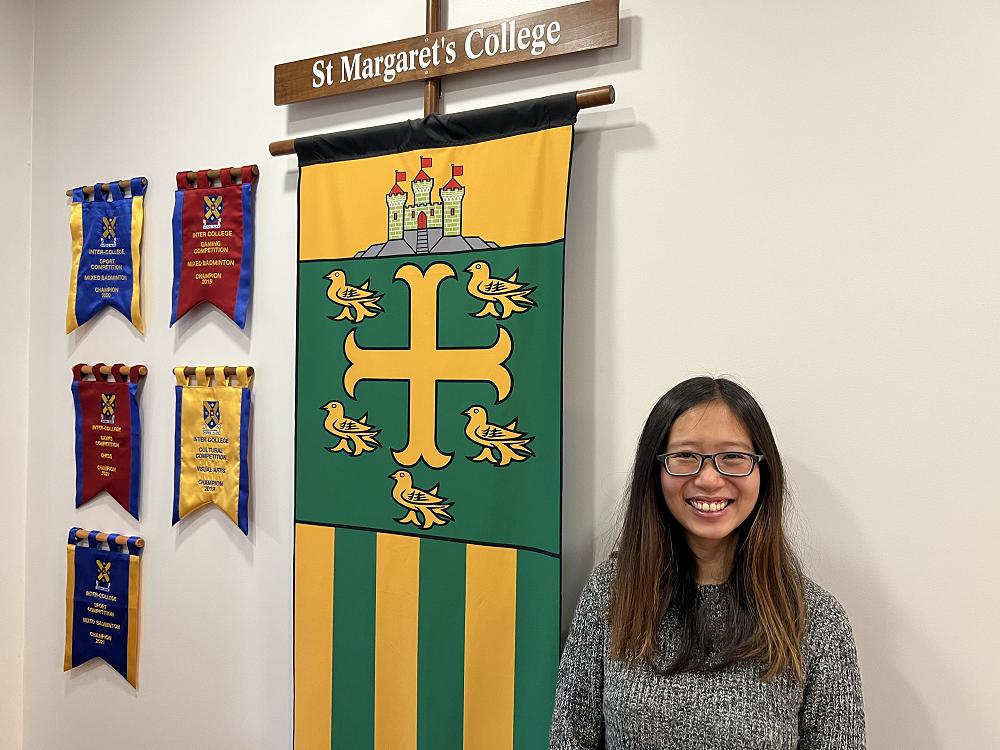 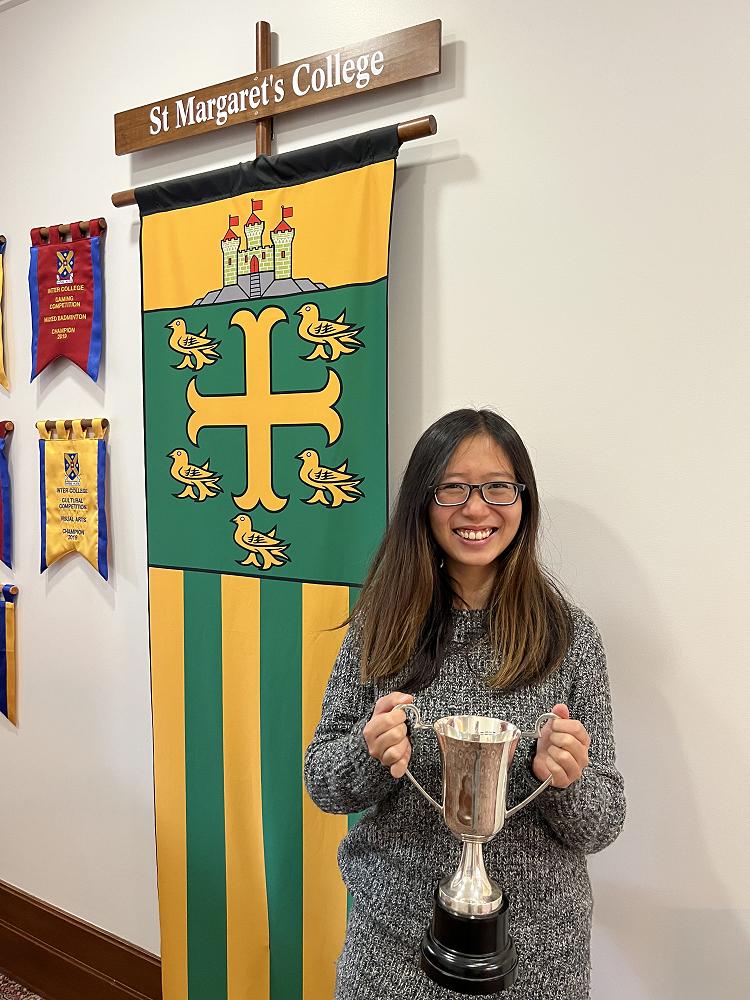